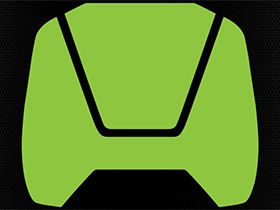 Nvidia Shield Gives Us Our First Look At Tegra 4

How do you get a guy who games almost exclusively on a PC to care about a handheld running Android? Start by telling him he can play some of his favorite PC titles on it.

Almost seven months after we first got our hands on it at CES, and in the wake of a hiccup that saw its launch postponed more than a month, Nvidia’s Shield is finally shipping. The company is most vocal about Shield’s pure Android environment (free of the bloat you find on many Android-based devices), tuned-up sound system, 5” multi-touch display, and console-style controller. But the killer feature in my mind—the capability that best demonstrates Nvidia’s growth beyond, but also with, the desktop enthusiast—is streaming PC games to Shield.

In my mind, the pre-release price drop from $350 to $300 didn't change much. In both cases, you're paying quite a bit for something that's really only designed to entertain. The fact that Sony’s PlayStation Vita and Nintendo’s 3DS cost less doesn’t affect my opinion either. At the end of the day, I don’t spend enough time away from my PC that I need another device to game on when I do finally get up. But a handheld that frees me up to play PC games around the house—now that’d be something to pique my interest.

Of course, everyone’s needs and wants are different. Some of our writers spend a lot more time than me traveling for work. Others have older kids that need to be entertained during long car rides. They’re the ones able to enjoy a handheld with plenty of battery life and a rich ecosystem of apps from Google Play. Shipping my Shield across the country to news editor Marcus Yam made good sense, then. The man seems to spend more time away from his home than in it, and he has lots of experience gaming on all manner of smartphones, tablets, and consoles. So, we’re going to tag-team this review. Whoomp! There it is.

Before I jump into the detailed break-down of Shield’s technical specifications and the performance of its Tegra 4 SoC, let’s hit the handheld’s capabilities at a high level:

Shield is the first device to land in our lab powered by Nvidia’s Tegra 4 SoC. We first previewed the chip’s GPU component in Nvidia's Tegra 4 GPU: Doubling Down On Efficiency. And according to the company’s in-house benchmarks, it should be capable of more than four times Tegra 3’s frame rate in a GLBenchmark 2.5 off-screen test. Our tests show it even faster than that.

Of course, on Shield’s five-inch touchscreen locked at 60 Hz, the SoC can simply work less hard, improving performance per watt by running more efficiently. Nvidia claims that the 1280x720 is retinal. It can’t call it a Retina display—Apple has that trademarked. But with a pixel density of 293.7 PPI, the presumption is that gamers will hold Shield far enough away for the pixels to resolve.

In addition to its 72-shader GPU, Tegra 4 comprises four Cortex-A15 cores and one low-power Cortex-A15 companion core, with a 2 MB L2 cache dynamically shared across the quad-core complex. The fifth battery-saver core has its own 512 KB cache, allowing the larger 2 MB structure to power gate, cutting back on consumption when the four cores aren’t needed.

Back at CES, when we first went hands-on with Shield, Nvidia told us it was leaning on a dual-band 802.11a/b/g/n radio, two transmit antennas, and two receive antennas. We can now clarify that Broadcom’s BCM43241 combo device is in there, supporting 20 and 40 MHz channels for PHY layer throughput as high as 300 Mb/s. Of course, wireless ecosystems fall back on the lowest common denominator. If you use Shield with an older Wi-Fi router, it’ll limit your wireless performance.

Although Broadcom’s radio complies with the Bluetooth Core Specification Version 4.0, Nvidia only cites Bluetooth 3.0 support. The Advanced Audio Distribution Profile (A2DP) makes it possible to stream stereo content to Bluetooth output devices. Or, you should be able to connect to other Shield consoles for multi-player games, though this isn’t something we’re able to test with only one unit.

As far as physical connectivity goes, the back of Shield plays host to a mini-HDMI output, micro-USB 2.0, a microSD storage slot, and a 3.5 mm headphone jack with mic support for headsets. Naturally, the HDMI port is for connecting Shield to a TV. Alternatively, Nvidia says its console can connect wirelessly via Miracast. The company bundles a Micro-B-to-Type-A connector with Shield, which you can use for charging and data transfers (though third-party accessories like headphones and speakers purportedly work, too).

Upgrading the handheld’s 16 GB of on-board flash (of which only 12.6 GB is accessible) is relatively easy through the microSD slot. In theory, Shield should be able to address up to 2 TB SDXC devices. However, the largest cards available today hold up to 64 GB. At launch, that space is used for your music, movies, and pictures. But Nvidia says it’s planning an update that’ll let you install applications to the add-in storage.

Originally, Shield was to have an array of Li-ion batteries totaling 38 Wh of energy. Jen-Hsun’s CES presentation suggested that the console would resultantly boast 24 hours of continuous video playback. That turned out to be a little optimistic. After tuning for weight, size, and cost, the finished product wields three cells that add up to 28.8 Wh. Battery life naturally suffers compared to the original spec, though Nvidia still claims that Shield should carve through the most intensive Tegra 4-optimized games for four to five hours, and less demanding titles for up to 10. Movie playback is now estimated around 15 hours. If you’d rather just listen to tunes, Nvidia’s estimation is 40 hours of music playback.

Next Page Nvidia Shield: The Chassis And Controls
53 Comments Comment from the forums
Be In the Know