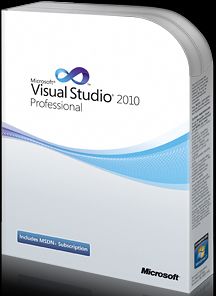 Editor's Note: This article contains a number of links to various Microsoft and other sites where you can get further information about Visual Studio 2010.

After parts of it were in beta for almost a year, Microsoft's Visual Studio 2010 is now available for download here and purchase in a variety of versions. Visual Studio 2010 runs on all versions of Windows since XP with SP3. It contains a long list of innovations and improvements, not the least of which is full support for multiple monitors. The full kit takes up more than seven gigabytes on your hard drive, and installing it is very easy, almost a one-click process as it loads the dozens of supporting tools and interfaces.

Visual Studio 2010 has a simple installer that will load up your drive with dozens of supporting programs.

Next Page .Net Framework v4
No comments yet Comment from the forums
Be In the Know