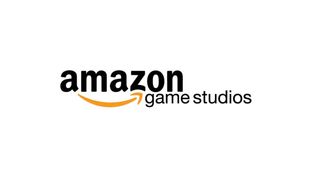 Amazon’s cloud gaming service has been officially announced, and then promptly delayed to adjust for the coronavirus outbreak, the New York Times reported this week.

Late last year, rumors emerged that Amazon would be the next internet kingpin to launch a cloud gaming service, as CNET reported that the company was hiring key game industry players to work on a gaming-focused initiative within its Amazon Web Services (AWS) cloud team. This followed news from 2016 that Amazon was working on three original video games of its own, none of which had been announced for existing platforms yet.

Even as input lag and high bandwidth costs continue to plague game streaming, the allure of being the first company to release the Netflix of video games is strong enough that contenders continue to pop up with new solutions. Although the cloud gaming space was first pioneered by smaller companies, like Liquid Sky and the now defunct Onlive, the past few years have seen industry giants like Microsoft, Nvidia, and Google enter the game streaming ring with their existing infrastructure.

Now, the New York Times is dropping our first official word on Amazon’s cloud gaming service, as it gears up to follow in the footsteps of Google Stadia’s release last year. Currently named Project Tempo, the idea is not just to offer games, but to allow players to game alongside Twitch streamers in real-time.

“The big picture is about trying to take the best of Amazon and bringing it to games,” Amazon vice president for game services and studios Mike Frazzini told the New York Times. “We have been working for a while, but it takes a long time to make games, and we’re bringing a lot of Amazon practices to making games.”

Detailed information on Tempo is still light -- the service itself only comes up three times in the whole article -- but the New York Times said, “people close to Project Tempo said that the company had hoped to introduce an early version this year,” with the same sources telling the newspaper that they are now expecting the launch to slip into next year, due to COVID-19.

Speaking on delaying the company’s games Crucible and New World from March to May, head of Amazon’s Relentless game studio Louis Castle told said, “We just don’t know where the world is going to be in a couple of weeks,” with the company deciding to push back a few planned launches “rather than put a ton of pressure and onus upon a team that’s worked very hard for many years of their lives when they might be going through some pretty difficult times.”

The same attitudes might be informing the Tempo launch as well, as could recent news that Netflix and YouTube are currently temporarily cutting video quality to reduce strain on ISPs as much of the world’s population stays home.

Amazon’s entry into the cloud gaming space represents a danger to more specialized streaming services, like Playstation Now and Nvidia GeForce Now, especially following lackluster reviews. This is because Amazon’s size allows it to run at small profit margins of lower than 3%, accirding to a late 2019 report, while its dual-focus on its online store and AWS online infrastructure business allow each to subsidize the other should one fail.

Given that Amazon has been able to run effectively for the past 5 years with an average quarterly profit margin of 2.60% against Nvidia’s 24.97% and even Alphabet (Google’s parent company)’s 19.89%, it should be able to undercut competitors (think of how Amazon Basics thrives).

However, U.S. companies aren’t the only players in the market here. Chinese company Tencent announced last year that it, Huawei and Nvidia are working together on their own cloud gaming solution called Start. As both the world’s largest game publisher and an existing hyperscaler, it has the infrastructure to not only tempt consumers with a third option, but also to allow Nvidia and others to stay in the race...so long as they work for Tencent.

For now, two Amazon-published games- the League of Legends-inspired Crucible and the alternate 17th century MMO New World, are set to launch next month. We’ll likely see Amazon test out Twitch integration that could make it’s way to Tempo in these two titles, so keep your eyes peeled.