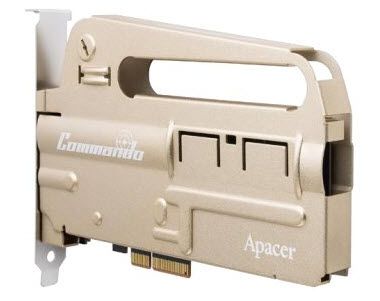 256GB-class NVMe SSDs were the fastest growing segment in 2017. It's no surprise these products are popular; prices start at less than $100, and the price gap between NVMe and SATA SSDs is shrinking. NVMe has trickled into the mainstream category, too. Products like the Intel 600p crossed the enthusiast/mainstream barrier thanks to excellent marketing and an amazing price point. The MyDigitalSSD BPX did the same to a lesser degree.

Samsung still dominates the top-tier NVMe performance arena with the 960 Pro, but that product doesn't come in a 256GB capacity. The 960 EVO is a great drive, but Samsung doesn't dominate the entry-level/mainstream NVMe market like it does with its SATA products. Samsung's 3D TLC V-NAND competes with Phison PS5007-E7 SSDs shipping with Toshiba 15nm MLC. It turns out that Toshiba's 15nm MLC provides higher performance than TLC V-NAND, so it's still a very close battle.

The race to the bottom isn't as prevalent with NVMe SSDs. That's mainly due to products like the Apacer Z280 and PT910 with Phison E7 controllers and MLC flash.

NVMe SSDs have much more variability during sequential read workloads than SATA drives. Unfortunately, PCIe-based SSDs have to deal with Windows and chipset power saving features that dynamically adjust the bus bandwidth. The system increases the bus speed when a command passes over the PCIe interface, but it doesn't happen immediately. That introduces latency and hampers performance.

The charts have three Phison E7-based SSDs with different firmware. The PT920 uses a newer firmware release, and as you can see in the sequential read chart, it increases peak performance. The new firmware also boosts sequential read performance at queue depth (QD) 2.

Phison's newer firmware also improves sequential write performance. We see a slight "wave" in the Apacer's results, which may be due to thermal throttling, but the PT920 Commando largely matches the OCZ RD400. Both drives deliver slightly less performance than the OEM-focused Samsung SM961.

The PT920 surpasses 10,000 random read IOPS at QD1 and leads the other Phison SSDs. The firmware delivers less performance at high queue depths, but it's nearly impossible to get into that range during consumer workloads, even with heavy multitasking.

We don't like the PT920's low-QD random write performance. At QD1, the Apacer drive is in the same performance range as the Intel 600p with 384Gbit 3D TLC. The PT920 does scale much better than the 600p as we intensify the workload.

The Commando has very good 80% read sequential performance. This product offers much more performance than the older E7-based SSDs.

The low random write performance rears its head during the 80% mixed random workload. The higher read performance shines through in the chart, but performance doesn't get as much of a bump because of the lower random write speeds.

It's rare to see a firmware update increase the controller's steady state performance. The drive is faster than the other E7 models, but it just can't match the OCZ RD400 and Samsung models.

The PT920 doesn't deliver consistent performance like the Samsung SM961 256GB, but it does provide high average performance during our steady-state test. We would use this drive in a RAID 0 array with two SSDs, but we wouldn't push our luck with more drives. Adding more drives increases the number of wild peaks and valleys, which means you can't count on high performance all of the time.

Many of these products are similar when we load the software to a nearly empty drive. We see more separation with the average throughput score, but a core group of products delivers between 500 and 600 MB/s in the software suite.

The heavy tests measure performance when the drive is full, and that exposes the various performance tiers. The Samsung SSDs with MLC flash, along with the OCZ RD400, deliver the best performance under these conditions. The Phison PS5007-E7 drives occupy the middle of the chart while the TLC-based products fall to the bottom.

The SSDs have time to process background operations during the recovery phase, so the groups tighten up. The Intel 600p falls to the bottom of the chart.

The service time tests measure how long it takes the system to complete the workload. This is representative of a heavy-use workstation environment. The moderate workload portion of the test, which has a programmed recovery time, finds the PT920 leading the way with very low service times and a slight advantage over the other E7-based products.

The PT920 Commando doesn't officially fit in a notebook without shucking the drive from the add-in card enclosure. Disk busy time plays a small role in desktop performance, but we use it primarily to examine how long the drives work to complete the tasks. That helps us better understand power consumption characteristics.