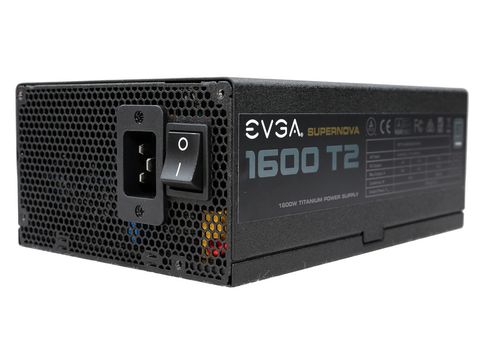 Using results from the previous page, we plotted a chart showing the 1600 T2's efficiency at low loads, and loads from 10 to 110 percent of its maximum-rated capacity.

In the following tests, we measure the 1600 T2's efficiency at loads significantly lower than 10 percent of its maximum capacity (the lowest load the 80 PLUS standard measures). The loads we dialed were 20, 40, 60, and 80W. This is important for representing when a PC is idle, with power-saving features turned on.

But for a platform getting up there in age, and given its high capacity, this PSU's efficiency performance under light loads is satisfactory.

Super Flower doesn't pay much attention to the 5VSB rail, so its efficiency isn't great (especially with 230V input).

Vampire power is quite high, exceeding 0.2W with 230V.

With up to 500W load, the 1600 T2 operates in passive mode. After that, its fan starts spinning slowly, then shuts off intermittently. It takes more than 1350W to make the fan spin faster, after which it generates more than 40 dB(A).