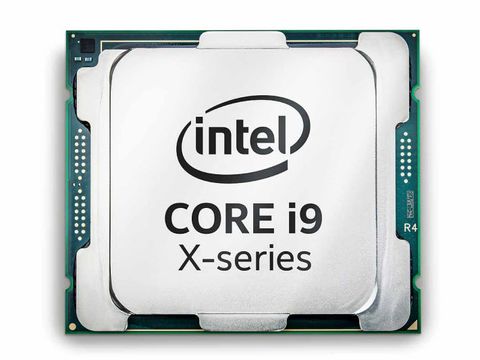 For Skylake-X, Intel shrunk Skylake-S' shared last-level cache and transitioned from an inclusive to a non-inclusive scheme. Efficient caching algorithms that maximize the L2 cache hit rate are a key component of this change. The 'rebalancing' reduces per-core L3 cache to 1.375MB; further, Intel modified it to operate as a victim cache that fills with data evicted from the private L2 cache.

Intel also quadrupled each core's L2 cache from 256KB to 1MB. More lower-latency storage space should have a positive effect on performance, though Intel hasn't said how it implemented the silicon-level changes to its Skylake architecture.

Of course, the mesh's latency and bandwidth have an impact on cache and memory throughput, so we conducted a series of tests to compare our contenders, again using SiSoftware Sandra.

Due to limited time with Skylake-X ahead of its launch, we ran a preliminary set of IPC-oriented benchmarks. It's possible that further optimizations, or a more expansive set of workloads, might return different results, but we'll be sussing that out in the days to come.

We set a static 3 GHz clock rate for the following tests. It's important to note that Intel didn't specifically call out increased IPC as the source of its 15% single-threaded and 10% multi-threaded performance gains over Broadwell-E. Instead, the company based its claims on a comparison to Core i7-6950X with pre-silicon Spec*int_rate_base2006 tests (subject to a +/- 5% margin of error).

The single-threaded Cinebench test doesn't show a performance difference between Skylake-X and Skylake-S. However, there is a 1.54% improvement over Broadwell-E. The Ryzen processors clearly don't get as much done per clock cycle, and both trail.

Switching to the multi-threaded Cinebench benchmark exposes a larger difference between Intel's 10-core contenders and the rest of our pool. Core i9-7900X and Core i7-6950X remain the focus, though: we record a 1.93% delta between them.

Core i9-7900X employs two 256-bit AVX FMA units per core that operate in parallel, whereas Ryzen's Zen architecture divides 256-bit AVX operations across two FMA units per core. Intel deactivates one FMA per core on the sub-10-core Skylake-X models. As such, Core i9-7900K has an inherent advantage in the y-cruncher benchmark, a single- and multi-threaded program that computes Pi using AVX instructions. We tested with version 0.7.2.9469, which includes Ryzen optimizations.

The -7900X's single-core SHA2-256 test results are nearly twice that of the two previous-generation models due to Intel's targeted AVX2 optimizations for hashing performance. That same advantage carries over to the threaded test. Intel offers AVX-512 support with the Skylake-X processors but doesn't employ all 11 features in the desktop models. Instead, the company targets specific feature sets at different market segments.

The Zen architecture includes two AES cryptographic accelerators for each core, so it isn't surprising to see Ryzen dominate the single-core AES-256-ECB tests. Intel's processors leverage their core count advantage to turn the tables in the threaded AES workload.