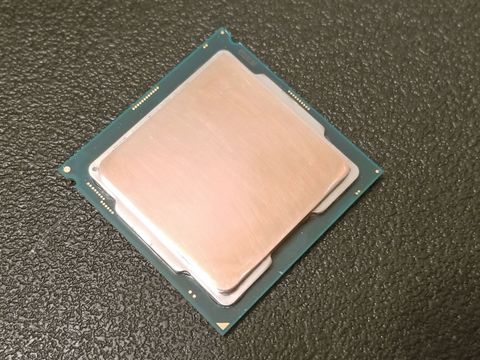 The DX11 and DX12 CPU test results show the Core i9-9900KF and the -9900K essentially tied at stock settings, maintaining Core i9's commanding lead over the Ryzen models. The tuned KF CPU takes a slight lead over its counterpart, which comes courtesy of its extra 200 MHz of overclocking headroom.

Ashes of the Singularity: Escalation is a computationally intense title that scales well with thread count. At stock settings, the -9900K and KF models score a perfect tie during the benchmark, but the KF model takes an almost unnoticeable lead after tuning.

Again, we see negligible differences between the two Core i9 processors at both stock and overclocked settings.

Ryzen 7 2700X is more competitive in the Warhammer 40,000 benchmark, largely because this game responds well to threading. But the delta between Core i9 models remains slight.

Prev Page Overclocking and Test Setup Next Page Far Cry 5, GTA: V, Hitman, and Project CARS 2
Be In the Know