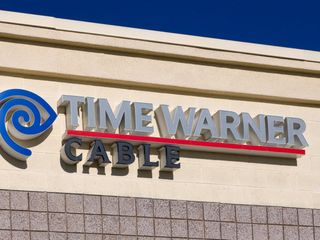 A few months ago, we launched a survey that asked our community to rate their internet service provider (ISP). Over 3100 readers from all over the country participated, and we picked the top four most-voted ISPs to focus on.

Our readers rated each ISP in terms of price, performance, reliability and support on a scale of one to five stars, with one being the worst possible score and five being the best. We averaged each category's total score, and rounded each result to the nearest one-quarter star. We also provided the mathematical average, so we can compare scores later (it's starting to look like we'll have a close race at the finish line).

The next ISP in our series is the second-largest cable Internet provider in the country, and therefore it's not a surprise the company also garnered the second-highest amount of feedback in our survey, with 372 participants giving their honest opinion of its services.

Time Warner Cable's roots can be traced back as far as 1968, when American Television and Communications (ATC) was founded. Five years later, newcomer Time Inc. acquired nine percent of the controlling stake of ATC. In 1973, Warner Communications formed Warner Cable. By 1978, Time Inc. had gained 100 percent control of ATC; Warner Cable and Time Inc. announced the merging of their respectively powerful companies in 1989. In 1992, Time Warner Cable was officially christened with the launch of NY1 News in New York City, operating under the Time Inc. umbrella.

Today, Time Warner Cable boasts a total customer base of over 15.5 million people, with over 12.2 million high-speed data subscribers. In addition, the company employs over 50,000 people and services 29 different states across the nation.

Time Warner Cable offers its high-speed Internet services across coaxial broadband cable lines. These networks can span great distances, with no bandwidth degradation as your distance from the main hub increases. However, cable Internet is prone to sagging bandwidth during peak hours, since customers share throughput on a hub.

Next Page Pricing: 2 ¼ Stars
Topics
Internet Service Providers
Networking
Software
52 Comments Comment from the forums
Be In the Know