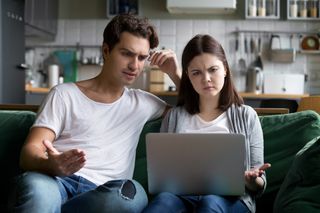 Microsoft released an optional Windows 10 update, KB4535996, in February to address problems affecting Windows Search. But yesterday Windows Latest reported that the update has introduced a few technical issues of its own.

Windows 10 users have reportedly complained of various problems with the KB4535996 update in Microsoft's forums, Feedback Hub and Windows Latest's comment section. It's not clear how widespread any of these problems are.

Windows Latest said that some of the problems are the standard Blue Screen of Death, random freezes and other performance issues that often accompany operating system updates. (Especially, it seems, those made to Windows 10.)

But the KB4535996 update was also said to have failed to install for some people, and it's also causing issues with sound adapters, according to the report. Uninstalling the update appears to have worked for most people affected by these issues.

Luckily optional updates like KB4535996 aren't pushed on Windows 10 users--people have to find them by going to Settings > Update & Security > Windows Update and manually searching for updates to the operating system available for installation.

Microsoft said in the Known Issues section of the KB4535996 update's support article that it's "not currently aware of any issues with this update." That isn't uncommon, though, and the company might be working to address these problems anyway.

24 Comments Comment from the forums
Be In the Know