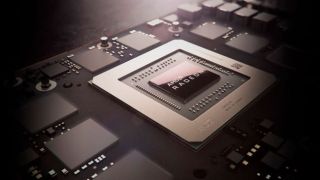 Although AMD's keynote at CES 2020 was far from unimpressive, one would be forgiven for being just a little disappointed not having heard about a Big Navi GPU, especially after AMD teased that "something big" would happen at the show. (Even if we'd already heard enough rumors to indicate that it wasn't going to happen.)

Of course, that something big turned out to be the Ryzen Threadripper 3990X, which is indeed something big. Despite that, many of us would also have liked to see Big Navi at the show, and while the following may not give as many juicy details as we crave, yesterday AMD might have confirmed that Big Navi is actually coming soon.

The information comes from a Q&A session that was transcribed by AnandTech. During this session, Gordon Ung from PC World asked: "Do you think that AMD has to have a high-end competitor in the discrete graphics market?"

This was Lisa Su's answer:

The real question is whether or not this is a confirmation of Big Navi. It can go one of two ways: maybe it is indeed confirmation of Big Navi's existence;  or perhaps it is simply a very well-recited answer to a question that was bound to come up -- and if you read closely, you'll note that Su speaks of what we should expect and what is important, but she doesn't definitively confirm a high-end Navi product.

Of course, even if it confirms Big Navi, the statement doesn't tell us anything about just how sizeable Big Navi will be, when it is landing, how it will perform or what it will cost. Given that the RX 5700 XT, AMD's zippiest Navi card currently available, nears the performance of the RTX 2070 Super, we reckon Big Navi would certainly have what it takes to compete against Nvidia's fastest RTX chips.

There is a problem though: Nvidia's high-end RTX chips have been on the market for quite some time now, and there are already rumors around about the next-generation Ampere graphics cards. We know Nvidia's Ampere chips will be fabricated on 7nm silicon, so AMD had probably better be swift to bring Big Navi to the market, or it might end up merely keeping up rather than taking the crown.