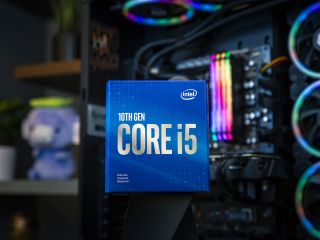 Intel recently announced its new Comet Lake-S desktop CPUs, and someone over at the Chiphell forums has already shared some benchmark figures that give us a hint of what we can expect from the Intel Core i5-10400.

The leaker, known as 尾随至幻城, reportedly dropped the new i5-10400 into an MSI MAG Z490 Tomahawk motherboard with 16GB of DDR4 RAM and an Nvidia GeForce RTX 2070 to run a series of benchmarks.

The results were as follows:

In single-threaded applications, the new Comet Lake chip hardly showed any performance gains over the 9th Gen Coffee Lake chip, edging out with a performance increase of just 4-8%.

However, in multi-threaded tests the i5-10400 performed significantly better with improvements of up to 45%.

These results are explainable by the differences between the two chips. The new Comet Lake i5-10400 comes with a 200 MHz higher boost clock, a little more L3 cache and has been blessed with Hyper-Threading, so that it can handle threaded workloads better. Otherwise, the two chips are nearly identical, except that the 9400F doesn't have integrated graphics (iGPU) and drops into an older CPU socket.

Of course, as with any pre-release data, you'll have to take these results with a grain of salt. But the numbers reported do make sense. We weren't expecting groundbreaking differences from Intel's new CPUs in the mid-segment. It's at the high-end where Intel is pushing the thermal envelopes of the Comet Lake CPUs to their absolute limits. That's where we expect things to get interesting.