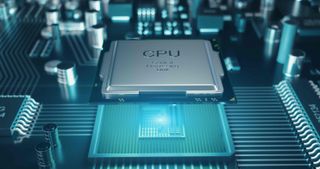 The unnamed Rocket Lake surfaced with eight cores and 16 threads. This particular sample operates with a 3.19 GHz base clock and 4.28 GHz boost clock. Rumors suggest that Rocket Lake might be the last family of Intel processors to feature the 14nm process node. The exact microarchitecture is still a bit iffy though. Some swear by Willow Cove, while others are betting on Sunny Cove. Today's Geekbench 5 submission seemingly points to the latter.

The octa-core Rocket Lake reportedly comes equipped with 512KB of L2 cache and 2MB of L3 cache per core. The cache configuration effectively matches Sunny Cove's design, which is the same microarchitecture that's inside current Ice Lake chips. However, we can't discard the possibility that Rocket Lake could leverage Willow Cove, but with a slightly modified cache design. It's unknown if Rocket Lake will cross the 10-core threshold like Comet Lake did. If not, Rocket Lake will likely make up the core deficit with better IPC gains in comparison to grandpa Skylake.

The interesting part about Rocket Lake is the probability of multi-chip design, similar to what AMD has adopted on its Ryzen 3000-series (codename Matisse) processors. The main reason for the structure is that Rocket Lake features Gen12 Xe graphics, which is on a 10nm die. It's conceivable to imagine Intel gluing the 14nm CPU die together with the 10nm GPU die using the Embedded Multi-die Interconnect Bridge (EMIB).

The octa-core Rocket Lake chip showed up with 32 Execution Units (EUs) at 1.15 GHz. The number seems disappointing, especially when Tiger Lake allegedly wields up to 96 EUs. Intel probably had to cut down on Rocket Lake's Gen12 Xe iGPU to make room for more cores.

It doesn't really make sense to compare a desktop processor to a mobile one. Since Intel hasn't launched desktop Ice Lake yet, the Core i5-1035G1 is the closest chip that will provide an apples-to-apples comparison in terms of the iGPU. The Core i5-1035G1 features the Gen11 solution that's integrated with 32 EUs at 1.05 GHz. The Rocket Lake processor's Gen12 scored 6,266 points in the Geekbench 5's OpenCL test, while the Core i5-1035G1's Gen11 put up 5,899 points. It's only a mere 6.2% difference.