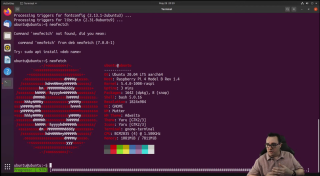 On the surface the Raspberry Pi 4 8GB may not have been a revolutionary release, but it has finally brought the power of a low cost 64 bit desktop computer to homes around the world. From day one the Raspberry Pi has used a Linux based operating system, initially a rather limited release of Debian, called Raspbian which has evolved over the years to become Raspberry Pi OS. But there are times when a more refined desktop experience would benefit the user.

For over 15 years Ubuntu have provided a Linux distribution that offers a more friendly and forgiving means to delve into the Linux ecosystem.

On a recent Ubuntu Podcast, Martin Wimpress, Director of Engineering at Canonical the company which publishes Ubuntu, hinted that “maybe we’re working on Ubuntu desktop for the Raspberry Pi”. Martin Wimpress was brought in to work on the main Ubuntu release based on his work in the Ubuntu MATE community.

There is a high chance that this will be ready for Ubuntu 20.10 due for release in October 2020.

Ubuntu has been an official option since the Raspberry Pi 2 was released, but official support was limited to running servers or installing Ubuntu Core, an IoT platform based on Ubuntu Server. There are community and unofficial projects to enable installation of Ubuntu on to the Raspberry Pi 4. These projects typically use an Ubuntu Server image as a base from which to install a desktop environment using the APT package manager or via Desktopify, which is a tool also developed by Martin Wimpress.

Could Ubuntu replace Raspberry Pi OS as the default operating system? Unlikely given that Raspberry Pi OS is an in-house project which has early access to the latest Raspberry Pi hardware. Instead what Ubuntu could bring is a more refined desktop experience for those that wish to use the Raspberry Pi as a desktop computer or for business use as a thin client.

Early Alpha and Beta testing images of Ubuntu 20.10 for the Raspberry Pi will be available in the coming months, but if you cannot wait then you can always try Desktopify.

We have reached out for confirmation of this news and will update this post accordingly.