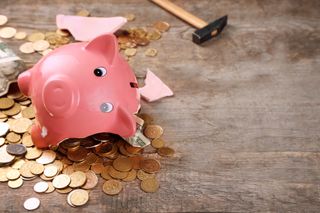 By now every Windows 7 user should know that Microsoft plans to all-but-abandon the operating system on January 14, 2020, after supporting it for over a decade. The company's sent them several notifications--one of which took up the entire display--to give them enough time to decide if they actually want to upgrade to Windows 10.

But it might be harder for Windows 7 users to figure out how they can make that upgrade without breaking the bank. In an era of free operating system updates, the switch to Windows 10 can be prohibitively expensive, with prices ranging from $139 for Windows 10 Home to $309 for Windows 10 Pro for Workstations via Microsoft.

Articles warning about these high prices have started to be featured by content discovery tools like Google News. Upgrading from Windows 7 to Windows 10 doesn't have to be so expensive, though, as long as people are willing to shop around. It's actually possible to get the operating system for free, or at a significant discount.

There are a few ways to get these discounts: people can rely on an old license key, use Windows 10 without activating the operating system through Microsoft, take advantage of student discounts or purchase license keys via resellers. People who need access to certain accessibility features can also get Windows 10 at no cost.

We offered an in-depth explanation covering how people can score these discounts, what the downsides are for each method and our opinion on the best way to upgrade to Windows 10 in "How to Get Windows 10 for Free (or Under $30)." Windows 7 users worried about the upgrade should check it out for more details.

Would it be nice if Microsoft offered Windows 7 users a discount on Windows 10 now that it's about to stop receiving support updates? Sure. It's also somewhat surprising that Microsoft still charges for operating system upgrades when Apple and Google have made hundreds of millions of people expect them for free.

But right now Windows 7 users will have to choose: should they put themselves at risk by relying on an unsupported operating system, or should they finally update to Windows 10? Anyone who might avoid the latter due to fear-mongering headlines about Windows 10's cost should at least check out the above guide before deciding.