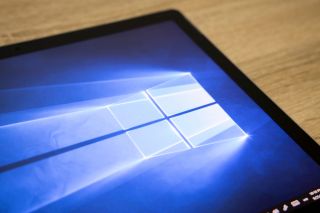 Microsoft quietly announced yesterday that Windows 7 users will start to receive full-screen notifications prompting them to upgrade to Windows 10 on January 15, 2020,  a day after it plans to officially stop releasing support updates for Windows 7.

The company announced its plan to stop supporting Windows 7 in January, a full year ahead of the change. Windows 7 Home users started to receive notifications about the decision--albeit ones that didn't take up the entire display--in March.

The notifications reached Windows 7 Pro users in October. (Or at least most of them --Microsoft said that "devices that are domain-joined as a part of an IT-managed infrastructure will not receive the notifications.") So everyone has been warned.

But there's a difference between a  small notification prompting someone to install Windows 10 and a full-screen notification declaring an operating system's death. People ignore messages like the former all the time; the latter's more insistent.

That's even more true given that Microsoft said the notification "will remain on the screen until you interact with it." The company's sending a clear message: anyone who continues to use Windows 7 after January 14, 2020 does so at their peril.

Microsoft said the full-screen notification will "only" be shown to Windows 7 users with the following versions: Starter, Home Basic, Home Premium, Professional and Ultimate. (Pro users who bought the Extended Security Update are the exception.)