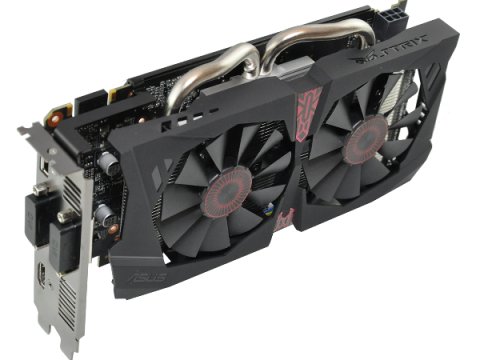 When I started this review, I expected the GeForce GTX 950 to deliver performance closer to Nvidia's GeForce GTX 750 Ti. That board served up excellent frame rates at a good price back when it surfaced. And it was the first Maxwell-based GPU, so I didn't believe big efficiency gains were still possible.

Nvidia has a habit of launching new cards aimed at replacing hardware from two generations prior. They often have similar performance characteristics as the outgoing series with a slightly lower price tag. A great example of this is the GTX 960, which was billed as an upgrade for GeForce GTX 660 owners and enabled similar frame rates as the GTX 760 at a lower price point. So, to say that I was pleasantly surprised by the performance of Asus’ GeForce GTX 950 Strix would be an understatement. In almost all cases, the GTX 950 Strix barely trailed our GeForce GTX 960. After overclocking, it closed the gap even more.

AMD’s competition at this price point, frankly, doesn't keep up. There were no occasions in our testing where the Radeon R7 370 finished ahead of the Asus GTX 950 Strix. Not only that, but Nvidia’s GPU draws less power, too.

Nvidia is aiming the GTX 950 at gamers playing on 1080p panels. The company is putting a lot of emphasis on making this a great card for MOBA games, and I would tend to agree that the GTX 950 is a satisfactory solution there. Games like DOTA II and League of Legends benefit from high frame rates, yet demand far less from the GPU than the titles in our test suite. If a game like GTA V can be shown to run at high frame rates, DOTA II will perform significantly better.

Nvidia also claims it's enabling significant response time gains. Unfortunately, without modifying a mouse, there’s no real way to track this. I wasn’t able to quantify the company's message. However, simply increasing the speed at which frames are rendered will improve response time, and there’s every reason to believe that dropping a buffering level would improve that further.

I’ve reviewed several GTX 960s in the past year, and I’ve said over and over that card is a good value. My opinion changes today. With the performance difference between the new GTX 950 and our GTX 960s, it’s impossible to recommend the latter over the former at this point. The only real benefit you get from a 960 would come from 4GB of on-board memory, which might help at even higher resolutions in SLI.

Asus’ GTX 950 Strix is an excellent entry-level card. If you have a panel with a resolution lower than 1080p, you’d be doing yourself a disservice by spending more money on something else. For 1080p, if you aren’t willing to step up to a GeForce GTX 970 or Radeon R9 390, this GPU is likely your best choice, and Asus’ Strix model offers excellent cooling and quiet operation to go with its strong performance.

Prev Page Audio, Thermal And Power Testing
156 Comments Comment from the forums
Be In the Know