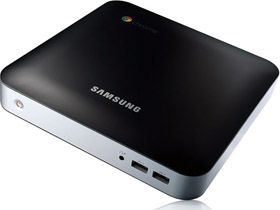 All of us in the Southern California lab own at least one gaming PC. But most of us also have smaller, lighter machines around the house. Some of them handle home theater duties and others are used by the kids. Although some of what we do is performance-intensive, we have no trouble admitting that many of the tasks we perform outside of work require a lot less processing power.

We've taken a couple of looks at nettops in the past month, first in Good Things In Small Packages: Seven Nettop Platforms, Tested, and then in Does Size Matter? Four Very Small Nettops Get Reviewed. Some of the systems in those stories have shown us that relatively lightweight hardware can easily handle home office duties, Web browsing, and even Blu-ray movies when you get your hands on the right GPU.

Unfortunately, while the platforms are generally pretty affordable, factoring in a Windows 7 license, an office productivity suite, and DVD decoding software can quickly double the machine's price. For their part, the hardware manufacturers are putting together compelling packages. But finishing them off is an expensive proposition.

Samsung's Chromebox takes a one-two swing at the nettop space with a potent hardware platform that doesn't require an investment in software. Unveiled at I/O 2012, the Chromebox leverages Google's open-source Chrome OS, a Linux-based operating system designed to work exclusively with Web-based applications. The low-profile Chromebox looks like a feeble nettop, but it actually sports a respectable Intel Celeron processor. And by leveraging Chrome OS, Samsung effectively eliminates the software expense, enabling a more complete package that sells for $329.

Samsung complements that alluring price with a well thought-out design. The Chromebox includes six USB 2.0 ports, two of which are found up front. That's a lot more than we've seen from competing nettops, though it would have been nice to get USB 3.0 connectivity as well. The front panel also hosts a power button and an audio jack.

Around back, we see much of the I/O typical of a more powerful desktop PC. For instance, Samsung exposes one single-link DVI output and two DisplayPort connectors that, combined, support up to two 30" screens. Unfortunately, software hiccups limit the outputs to mirroring each other right now, but we'll go into that in more depth shortly. Four more USB ports, gigabit Ethernet, and power input round out the Chromebox's back-side.

Next Page What's Inside The Chromebox?
46 Comments Comment from the forums
Be In the Know