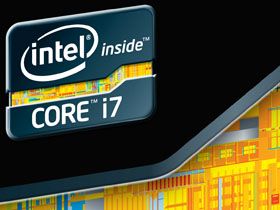 Just one week ago, I was putting together some quick thoughts for Win A Custom-Painted Falcon Northwest Tiki! "It’s amazing," I thought, "that you can get such compelling performance from a 77 W Ivy Bridge-based processor." As a result of those manageable thermals, companies like Falcon Northwest are able to cram a Core i7-3770K, overclocked, into a little mini-ITX-based machine.

Of course, it didn't even take a week before Intel set out to show me it could also go the other direction, manufacturing an even faster desktop-oriented CPU capable of sucking down twice as much power as the -3770K. Meet the new Core i7-3970X.

As the new flagship of Intel’s Sandy Bridge-E-based Core i7-3000 family, this chip succeeds the Core i7-3960X, which was launched almost exactly one year ago. It drops into the LGA 2011 processor interface, and it sells for the same $1000.

Only one other time in history have we seen a 150 W desktop part, and that was the Core 2 Extreme QX9775. Back in 2008, Intel introduced the LGA 771-based QX9775 to populate its Skulltrail platform—a dual-socket configuration aimed at content creation professionals.

Today’s Core i7-3970X is only intended to operate in single-processor setups. Its higher thermal ceiling comes from a speed bump. The -3960X features a base clock rate of 3.3 GHz. Turbo Boost takes it as high as 3.9 GHz in single-threaded apps, when headroom allows. The -3970X starts at 3.5 GHz, but then accelerates up to 4 GHz via Turbo Boost.

Does anything about the Core i7-3970X alter what we’re able to achieve with regard to overclocking? Not particularly. The Core i7-3960X we tested a year ago ran stably at 4.6 GHz with all six of its cores fully utilized. Today’s -3970X rests comfortably at 4.7 GHz using the same closed-loop liquid cooler.

Higher speeds are possible using more aggressive voltages (I was trying to stay under 1.4 V), but then you have to worry about thermals. The Core i7-3970X needs to be kept under 91 degrees Celsius in order to avoid throttling, and this becomes increasingly difficult at higher voltage settings.

Cooling is a naturally an important consideration, then. Intel says that its RTS2011AC air cooler, which sells for just under $30, is not sufficient for the Core i7-3970X. However, the RTS2011LC closed-loop thermal solution we’ve been using for testing is able to handle 150 W CPUs. Since many vendors don’t get specific about their thermal performance, you’ll need to check with your vendor of choice about compatibility. And because Intel doesn't ship its LGA 2011-based models with coolers, plan on spending $70 to $80 more for something appropriate.

Wait, what competitive landscape? Core i7-3960X went unmatched for a year. AMD’s fastest chip, the FX-8350, does battle in the middle of Intel's Ivy Bridge family. A Core i7-3770K is a smart choice for high-end gaming PCs. But when it comes to running threaded apps in a professional capacity or setting up a multi-card gaming box, Sandy Bridge-E-based Core i7s remain the best of the best.

Equipped with eight cores and 20 MB of shared L3 cache, the Xeon is what Sandy Bridge-E really could be if Intel didn't disable parts of it. But because more of the die’s resources are enabled on the Xeon, generating heat, Intel has to be more conservative about its clock rates. A base 3.1 GHz frequency is comparatively slower than the Core i7 in heavily-threaded apps. But we’re guessing that, in those same workloads, having more cores helps compensate. In single-threaded benchmarks, the E5-2687W spins up to 3.8 GHz via Turbo Boost.

The comparison isn’t anywhere close to fair, of course. Because the Xeon is designed to drop into dual-socket motherboards, Intel charges more for it. A lot more. Newegg has the processor listed for $1900, or almost twice as much as the new Core i7 Extreme—which brings up another point. The Xeon doesn’t have an unlocked multiplier, so you can’t overclock it.