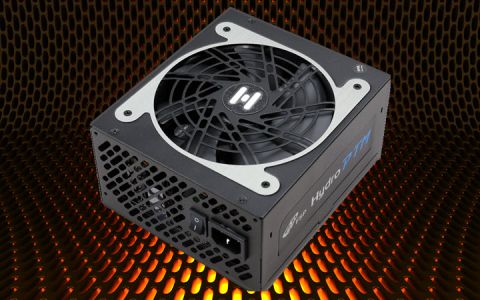 Although this is a new platform, we wouldn't call its implementation particularly clean. A number of cables are used to transfer power between components and circuits. Ideally, those would be replaced by bus bars and wide PCB traces in order to minimize energy losses and avoid blocking airflow through the PSU.

The primary side hosts a half-bridge topology, along with an LLC resonant converter. On the secondary side, there's a synchronous design with two FETs regulating the +12V rail. A couple of DC-DC converters are also used to generate the minor rails.

The filtering caps come from Japanese and Taiwanese manufacturers. Given the HPT650M's price, however, all of the capacitors should be Japanese. At least FSP uses a high-quality fan with a fluid dynamic bearing that should last a long time.

The first part of the transient filter, including one X cap and two Y caps, is right behind the AC receptacle. It continues on the main PCB with the same number Y and X caps, along with two CM chokes, an MOV, and a SEN013DG disconnect IC that cuts off the APFC converter during standby to restrict vampire power.

The NTC thermistor and its bypass relay, which is responsible for protecting against large inrush currents, are located next to the Metal Oxide Varistor (MOV).

Strangely enough, a single GBJ1506 bridge rectifier is used. We usually find a pair of them in similar-capacity, high-end PSUs.

This is a picture of the unit's main transformer.

A pair of Toshiba TPHR85 04PL FETs installed on the PCB's solder side rectify the +12V rail. Two small heat sinks right above them help with cooling. This rail's ripple filtering is handled by several Chemi-Con and Rubycon electrolytic caps. A number of Teapo polymer caps assist as well.

The VRMs that handle the minor rails use a total of six Infineon BSC0901NS FETs. The common PWM controller is an Anpec APW7159C.

The supervisor IC is a SITI PS223. It provides over-temperature protection right out of the box.

A pair of KZE caps, along with a number of Teapo polymer caps, provide an extra ripple filtering stage on the modular board's front side.

We don't like those two thick cables transferring the +12V and 3.3V rails, though. Beyond increased power losses under high loads, those cables also restrict airflow inside of the PSU. FSP should avoid using them.

In some spots, the solder joints aren't particularly good. We also spotted long component leads all over the board. This is not FSP's best work, that's for sure.

The high-quality MGA13512HF-A25 fan uses a fluid dynamic bearing and measures 135mm across. It is driven by a fairly conservative speed profile.