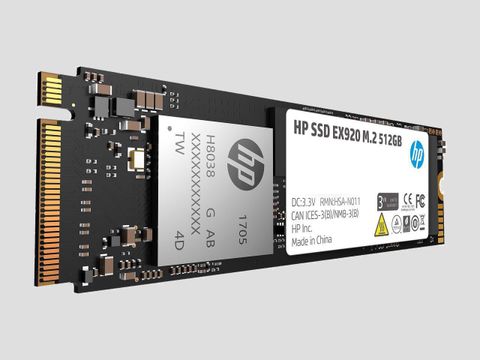 The HP EX920 NVMe SSD is the kind of product we love to find. Not to downplay HP here, but enthusiasts and power users wouldn't take a chance on this SSD before our review. More iconic companies like Corsair, Samsung, and Intel get the benefit of the doubt because of the strength of their brand. We automatically assume a 7- or 9-series Intel, a Neutron from Corsair, and anything Samsung with a "Pro" in the name, will lead the field. But we shouldn't be oblivious to the alternatives.

Surprisingly, the HP EX920 is the best value in the 1TB NVMe market. That title went to the Intel 760p before the HP EX920 came along. Intel still hasn't shipped the 1TB 760p, and according to CDW's early product page, the 1TB EX920 costs less. We suspect the performance for most users will be about the same in most consumer-focused workloads.

We tested the Crucial MX500 and Toshiba XG5 a few months ago. After those tests, we started to come around to the value of TLC flash and what the future holds. It took companies a long time to build TLC that performed as well as Samsung's, but it looks like the challenge has been met. For the foreseeable future, the consumer market will no longer have a sole source for high-performance products. That may change with the further development of 3D XPoint memory, but for now, the technology is too small and too expensive.

The HP EX920 is what we would call a clone drive. It isn't a clone of another SSD, but there will be several similar products soon. The Intel SSD 760p and Adata SX8200 come to mind. They have the same controller and similar flash, but these are just the early models. More models will arrive over the summer, which will push prices down even further.

Until similar NVMe SSDs come to market, the HP EX920 is the best value 1TB NVMe SSD available. The 512GB and 256GB models are strong, but the 1TB stands out. The luster starts to wear on the EX920s as the capacity decreases. This is more of a pricing issue than a performance problem. As the pricing gap shrinks, we start to think about endurance more. We would gleefully recommend the 512GB and 256GB EX920 SSDs, but they aren't the best fit if you have write-heavy workloads. For 90% of users, this will never be an issue. If you aren't sure if you write a lot of data, the chances are that you don't. The HP EX920 is one of the best SSDs you can choose today: its low price is just a bonus.