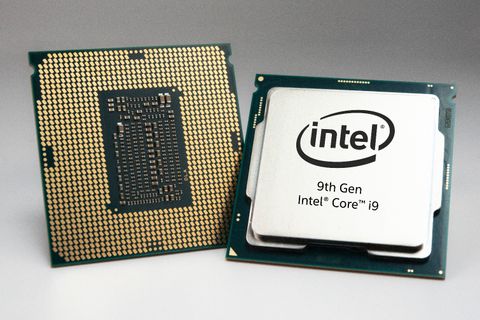 Core i7-9700K challenges the i9-9900K across our Creative Cloud suite, essentially tying Intel's "mainstream" flagship in the overall index and carving out an impressive lead after overclocking. A combination of Intel's per-core performance advantage and eight real execution cores drives results we wouldn't have imagined a couple of generations ago.

The Krakken suite evaluates JavaScript performance using several workloads, including audio, imaging, and cryptography. Like most browser-based benchmarks, single-threaded performance reigns supreme. These tests expose the trade-offs you make for an all-core overclock, particularly with the second-gen Ryzen processors.

Core i7-9700K is impressive even at its stock settings, mostly matching the i9-9900K. Intel's flagship does eke out a win in the Motion Mark test, which is a measure of how effectively the CPU can push the graphics subsystem.

Overclocking turns the tables though, and Core i7-9700K dominates at its 5.1 GHz clock rate.

The application start-up metric measures load time snappiness in word processors, GIMP, and Web browsers under warm- and cold-start conditions. Other platform-level considerations affect this test as well, including the storage subsystem. Single-core performance drives responsiveness in most applications, so Intel's processors stack up in the expected hierarchy based on their frequencies.

Our video conferencing suite measures performance in single- and multi-user applications that utilize the Windows Media Foundation for playback and encoding. It also performs facial detection to model real-world usage. This workload responds well to available resources, so AMD's Ryzen family pops back up near the top of our chart. Core i7-9700K trails the Ryzen 5 slightly, but overclocking helps get it above Ryzen 7 2700X.

Prev Page Shadow Of War and Project CARS 2 Next Page Rendering, Encoding and Compression
52 Comments Comment from the forums
Be In the Know