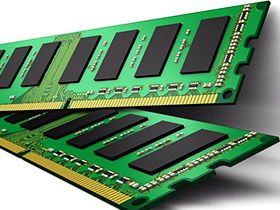 Why Bother With Low-Voltage DDR3?

Remember the Nehalem architecture? Intel’s now-historic adoption of a CPU-based DDR3 memory controller was accompanied by a warning that voltages beyond 1.65 V could fry the integrated circuitry over time, effectively killing the CPU. In those days, Intel was manufacturing its processors at 45 nm and tolerating core overclocks using 1.45 V settings. AMD was pushing far higher DDR3 voltage levels at the time, but the entire performance-oriented DRAM industry eventually adopted Intel’s 1.65 V limit.

We've since seen two die shrinks from Intel—the 32 nm Sandy Bridge and Ivy Bridge at 22 nm—with no official word from the company on what constitutes safe overclocking. Instead of commenting on the parameters you're safest sticking to, its representatives tend to quote motherboard manufacturing guidelines of 1.50 V, plus or minus 50 mV. And we thought those documents were made public expressly to help us perform pin-mods...

If Intel’s reluctance to discuss anything outside of manufacturing parameters doesn’t worry you, perhaps the covert over-voltage applied to enthusiast-class motherboards should. The industry’s dirty little secret in the days of Nehalem was a 5 to 10 mV default boost, needed to make certain poorly-programmed (Ed.: Gold-series) memory modules bootable. That extra voltage was not reported on the hardware monitoring pages of most motherboard BIOSes, and most monitoring apps failed to report it as well.

Well, if a little is good, a little more is better, right?

While Intel was busy shrinking its feature widths by roughly half, motherboard manufacturers were on a quest for overclocking records. I watched boards reach ever-higher 1.65 V memory overclocks as covert voltage tweaking climbed to 35 mV. Viewing this as a form of cheating in our motherboard comparisons, I broke out the volt meter and began reporting the setting needed to reach 1.65 actual volts in the firmware pages of our motherboard round-ups. And speaking of breaking things, a recent string of bad luck suggests that combining the accepted standard of 1.65 V and transparent over-voltage from certain motherboard vendors might not always be safe. Although that was certainly an unusual chain of events for us, it was enough for us to reconsider Intel’s 1.55 V recommendation. Can any of today’s lower-voltage RAM deliver world-class performance without breaking past that limit?

We invited every major manufacturer (including a crowd-favorite ODM) to this round-up, and a few (including that ODM) chose not to participate. Of those that chose to be included, one didn’t have anything to offer with a DDR3L rating. Geil responded to our 1.35 V and 1.50 V stated test settings with a hearty "we can do that on standard RAM", and the company is now getting a chance to prove it.