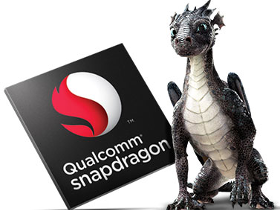 We’ve seen Samsung call the MSM8974AB a Snapdragon 800 in the Galaxy Note 3, yet Sony calls the supposedly-same piece of silicon a Snapdragon 801 in its Xperia Z2 Tablet. Confused? So were we. They both have the same SKU, so they’re both the same chip, right? Wrong. Still confused? We’re not surprised.

The Three Revisions of 8x74

Part of the confusion stems from the fact that there are actually three revisions of Snapdragon 80x, and it’s necessary to understand them before we go into exactly what Qualcomm means when it refers to an SoC as Snapdragon 801.

When Qualcomm packaged up what was to become the Snapdragon 800, the first revision of the silicon was only made available for development and testing. That manifestation of the chipset was not for general consumption, and as a result did not end up in devices sold at retail.

The Snapdragon 800 that reached the market in devices like Google's Nexus 5, LG's G2, Sony's Xperia Z1, and assorted Galaxy products is actually the second revision, and Snapdragon 801 is merely a third revision of the same silicon. While we can’t be sure what exactly changed in-between the development chips (v1) and actual shipping Snapdragon 800 SoCs (v2), we do know that Snapdragon 801 (v3) adds three key features that Snapdragon 800 doesn’t have: Dual SIM Dual Active (DSDA), eMMC, and HEVC.

In some ways, these revisions explain why the same SKU can appear in both Snapdragon 800- and Snapdragon 801-branded products. Of course, it would be nice if mainstream buyers had access to the same level of knowledge. Not being able to understand exactly what you’re paying for can be frustrating. It would certainly make our lives easier if Qualcomm would call these SoCs Snapdragon 800, 801, 802, and so on. As they exist currently, it's far too easy to favor a pricier device with an MSM8974AA chip just because it's called Snapdragon 801, with no clear indication of what it possesses over a Snapdragon 800 with the exact same SKU. Confusing specs that make purchases more difficult are never a good thing. But part of the reason this happens is that Qualcomm’s customers aren’t end-users at all. The company's customers are device manufacturers, and Qualcomm is probably not as prepared or equipped for marketing directly to consumers as its competitors Intel, Nvidia, and Samsung.

Next Page Snapdragon SKUs: 800 And 801 Explained
21 Comments Comment from the forums