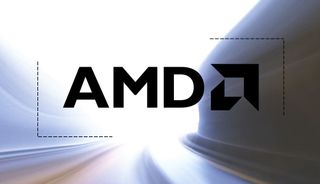 A GeekBench 4 benchmark for the Ryzen 9 3950X has leaked, and not only do we get a hint of the performance AMD's mainstream 16 core CPU is set to deliver, but also that Dell will likely launch an Aurora-branded desktop featuring the 3950X with up to 32 GB of memory.

It's not hard to see why Dell might want to launch a gaming PC based on the 3950X (similar to how Threadripper first debuted on the Alienware Area 51 PC) when considering this benchmark: the 3950X is extremely fast. It's just a hair slower than the Intel Core i9-10980XE in single-threaded tasks that we've seen submitted to the public GeekBench database, and is actually significantly faster, by about 16%, in multi-threaded tasks despite having fewer cores. We do have to caution that both of those results could be from pre-production silicon, though, meaning they might not be representative of actual performance.

This benchmark might not be representative of the 3950X's average performance in workstation tasks, and it's hard to tell how the 3950X will perform in gaming. It will likely be comparable to the 3900X, and with that kind of performance, we will likely see the 3950X and the -10980XE deliver a similar gaming experience.

While this leaked benchmark is important because it shows us a snippet of the 3950X's performance, it's also important to note that winning OEM designs is necessary for AMD to win more of the desktop market. AMD has made great gains in the desktop market, especially in the DIY PC segment, but Intel still controls the vast majority of the market. These prebuilt PCs are high volume products and also help AMD attain higher visibility in the PC gaming space.

For AMD, the 3950X won't really be a high volume product relative to the whole market, but it will certainly be a product that enhances its prestige and positions it as a performance leader, at least in some aspects. It's hard to tell at this point if Dell will be the only OEM offering 3950X prebuilts, but if they are, it's rational to assume the Alienware brand will have some new high-powered additions that vie for performance leadership.