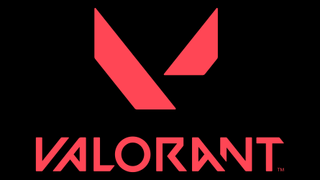 Riot Games today announced the launch of Valorant its tactical first-person shooter, which was simply called Project A when it was teased in October 2019. The company also said that it plans to release the game some time this summer 2020.

Valorant was clearly inspired by tactical shooters like Counter-Strike: Global Offensive and Tom Clancy's Rainbow Six Siege. Riot said the game relies on precise gunplay, like CS:GO, but it also features unique character-based abilities like those found in Siege and Overwatch.

Riot said in a gameplay video that Valorant matches are round-based contests between attackers looking to plant a bomb and defenders hoping to stop them. Players have to purchase weapons and abilities at the start of each round.

The gameplay video makes it clear that Valorant will also feature voice chat--unlike the text-chat-only League of Legends–and reports indicate that it will feature a ping system like the one found in League (and the Apex Legends battle royale) as well.

Riot also shared details about how Valorant will run:

"Here’s what we think it takes for you to trust a game enough to invest: 128-tick servers, at least 30 frames per second on most min-spec computers (even dating back a decade), 60 to 144 FPS on modern gaming rigs, a global spread of datacenters aimed at <35ms for players in major cities around the world, a netcode we’ve been obsessing over for years, and a commitment to anti-cheat from day one."

More details about Valorant should be revealed soon. Riot has set up accounts for the game on Twitter, Facebook, Instagram and YouTube; it's also established a Valorant subreddit and Discord server. Links can be found on the site.