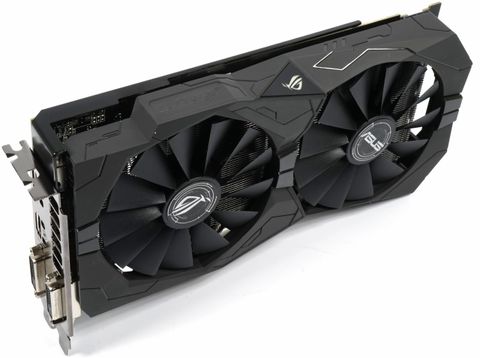 A minimum frame rate of six appears worrying until you tab over and see that Rise of the Tomb Raider’s built-in benchmark switches scenes on a couple of different occasions, stopping the action just long enough to register big frame time spikes. The 3GB and 4GB boards are affected most by this, while the 6GB and 8GB models already have the next passage in memory, absorbing the transition without interruption.

In practice, an average frame rate in excess of 60 is more indicative of the Radeon RX 570’s performance through this test. That’s fast enough to match Nvidia’s GeForce GTX 970 and beat its GeForce GTX 1060 3GB by 42%.

Our benchmark results compel us to start thinking about less demanding quality settings or a lower resolution, though. AMD’s Radeon RX 580 pulls off QHD; the RX 570 struggles a bit.