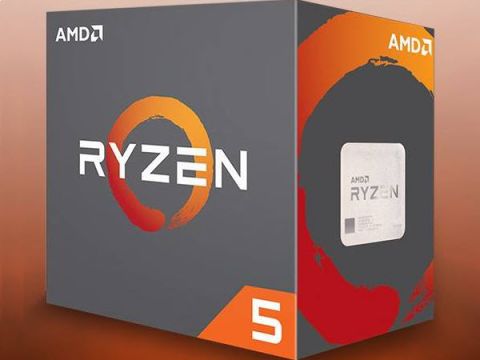 We calculated our temperature measurements on an adjusted scale, as we discovered some inconsistencies with AMD's temperature offset. Read more about this in our Ryzen 5 1600X coverage.

As expected, the Ryzen 5 1500X exhibits a slightly lower temperature range during the various tasks we look at, largely due to its four disabled cores and reduced frequency.

Our power consumption results are based on numbers provided by the MSI motherboard’s sensors. We use a special low-pass filter for smoothing out brief peaks and valleys, along with an adjusted average calculation method.

We first take a look at the two new AMD Ryzen 5 processors on their own. The measurements and resulting curves are generated using long test intervals. These help circumvent (or at least minimize) bias errors caused by too little data.

A direct comparison between the AMD Ryzen 5 1500X and 1600X proves particularly interesting, since we're comparing quad- and hexa-core configurations based on the same die. Their idle, browsing, and AutoCAD results land very close to each other.

More demanding workloads change the picture a bit. Power consumption naturally rises on both CPUs, and by the time we hit our stress test, there's a large difference between the two models. The charts below illustrate what we mean even more clearly.

At idle, the differences between Ryzen CPUs are small. In fact, we can only measure them reliably with a 15-minute test run.

There’s really no clear distinction between the quad-, hexa-, and octa-core models. The processors with deactivated cores don't appear to have those parts cut off electrically, so we assume they are still supplied with power.

Even though AutoCAD is only lightly threaded, the differences between AMD's Ryzen processors are marginal. More than likely, they're due to variation in chip quality and clock rate.

The higher-end Ryzen models consume more power during heavier loads. AMD’s Ryzen 7 1700 comes closest to hitting a sweet spot as a result of its lower clock rate. It takes the efficiency crown, though our benchmarks often show it to be slower than Ryzen 5s with fewer cores.

A similar picture emerges during the stress test. AMD’s Ryzen 7 1700, with its 16 threads and low frequency, uses less power than the six-core Ryzen 5 1600X. Meanwhile, the 4C/8T Ryzen 5 1500X fares significantly better than the other Ryzen models.

What we're finding in today's piece fits in well with findings from our Ryzen 7 reviews. That is to say the Ryzen 5 models aren't any more or less efficient than the higher-end Ryzen chips. We suspect that the Ryzen 5's chip quality isn’t any worse than Ryzen 7’s either, since efficiency isn't negatively affected and power consumption doesn't increase. Moreover, deactivating cores on the dual-CCX die doesn’t result in better efficiency, suggesting that those disabled parts are still supplied with power.

The power consumption results across AMD's Ryzen portfolio are solid compared to Intel's equivalent CPUs, except when it comes to our idle measurements.