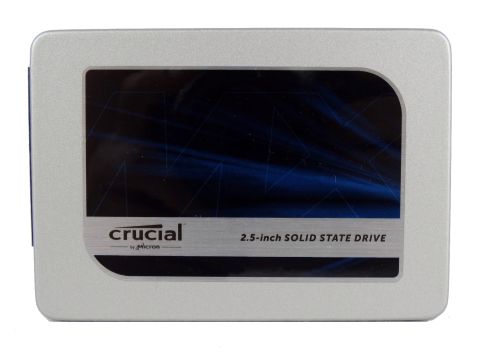 There are currently only five consumer SSDs on the market with a 2TB capacity option. The Samsung 960 Pro is not included on the list due to the wide performance and price gap; the 850 EVO 2TB is the closest competitor to the MX300 2TB. Both products target the mainstream SSD market. The 850 Pro 2TB targets prosumer and enthusiast PC users, but it costs significantly more than the MX300. Finally, we have the OWC Mercury Electra 2TB that uses two 1TB SSDs pieced together behind a low-cost RAID controller, but it also retails for more than the MX300.

The Crucial MX300 2TB starts our tests in the hole with the three other 2TB consumer SSDs standing over it. It's reasonable to expect the two Samsung V-NAND products to perform better than the 4-channel MX300, but the pieced-together Mercury Electra 2TB scores over the MX300, which is unacceptable.

A 2TB SSD isn't the drive just for Word or other office documents. Most users keep data that takes up a lot of space, such as vast music and movie collections, on high-capacity drives. When you own and use a large capacity SSD most of the data is sequential in nature, which is easier for the SSD to work with than random data. The MX300 is one of the first modern SSDs that we've even had to make more than a passing comment about sequential read performance.

The MX300 performed much better during the sequential write test. In this test, the drive delivers nearly identical performance to the two Samsung 850 series products. Later in the review, we'll examine the sustained performance and steady-state drop-off.

You might have noticed that the two Samsung 850 SSDs are nearly identical on the line charts; it's very difficult to tell the two apart. The MX300 only trails the Samsung products by a small degree in our random read test (which scales up through the entire queue depth range). The MX300 trails all of the other products at Queue Depth 1, but 7,500 random read IOPS at QD1 is indicative of mainstream performance, which is how Crucial positions the MX300 on the market.

The MX300 didn't run into any issue with the random write workload. The difference between our test sample and the two Samsung 2TB products is negligible at low queue depths. You wouldn't notice the difference during normal consumer workloads.

Moving on to mixed workloads, the MX300 2TB performs more in line with the OWC Mercury Electra 2TB than either of the two Samsung 850 products. This is one of the few tests where the two Samsung SSDs split with different levels of performance, but both show the same pattern of a gradual rise in performance as the queue depth increases. In contrast, the MX300 2TB has a slight increase at QD2 and then performance regresses until QD32, where it increases again.

During mixed random workloads, the Crucial MX300 2TB exhibits a steady performance increase as the queue depth scales. The MX300 outperforms the 850 EVO 2TB At QD4, but at QD8 the EVO regains parity before it swooshes past the MX300 at very high queue depths.

The sequential steady-state test shows the Crucial MX300 2TB and its Micron 384Gbit TLC NAND trailing the other products throughout the entire range of mixed workloads. This is a disturbing trend if you are looking to utilize the drive in a heavy use A/V editing machine with the mix down (an industry term for the converged final data file) going to an MX300 target drive.

Unlike the sequential steady-state tests, the MX300 places above the OWC Mercury Electra during the random steady state test. The Electra is basically a low-cost RAID controller that bridges two 1TB SSDs. The largest MX300 delivers the highest performance consistency of all the drives we've tested in the series. The random write IOPS are not very high (around 5,000), but they are more consistent than many of the other TLC-based products on the market.

The MX300 2TB trailed the two Samsung SSDs throughout most of the individual tests. When we average the results and convert it to throughput, we see that a half a second (or more) per test adds up to a large aggregate performance gap. The difference between the MX300 2TB and the 850 Evo is roughly 72 MB/s.

We've already discovered that the MX300 suffers during heavy workloads. The lower performance is due to the 3-bit per cell (TLC) NAND. What we haven't shown is how the drive recovers when it has ample idle time to clear the SLC buffer. The MX300 does recover after heavy use, but there is a large gap between the 850 EVO's recovery performance with Samsung's TurboWrite SLC buffer technology and the MX300's recovery with Crucial's SLC Dynamic Write Acceleration buffer. The 850 EVO is twice as fast as the MX300 at the end of the test, which is a full 150MB/s difference in performance.

The service time test reveals a 2x difference between the 850 EVO and MX300. The service time measurement represents the worst-case scenario for the MX300, but the 850 EVO 2TB is faster across the board during the recovery stages. I, probably more than anyone, want Micron's TLC NAND to perform as well, or better than Samsung's V-NAND TLC.

Micron's 384Gbit NAND flash may be better than what we've seen, but we don't see parity with Samsung with the flash sitting behind a budget-minded 4-channel controller. Even the Intel 600p with the same flash, an NVMe front end, and a 6-channel configuration can't compete with Samsung.

The disk busy time test shows us just how inconsistent the MX300 2TB is throughout the entire PCMark 8 Extended Storage Test, which Futuremark built on real-world software applications.

We added more SSDs in our notebook battery life test to get a better handle on what to expect from the MX300 series and other products. At 354 minutes of battery life on our Lenovo Y700 gaming notebook, the MX300 2TB delivers an average amount of battery life. We've tested many products in this system with the updated BAPCo MobileMark 2014.5 test, and most consumer SSDs fall between 340 and 360 minutes.