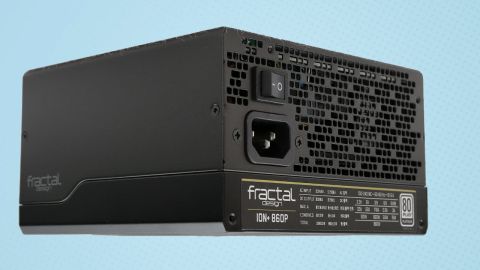 The following charts show the main rails' voltage values recorded between a range of 40W up to the PSU's maximum specified load, along with the deviation (in percent). Tight regulation is an important consideration every time we review a power supply because it facilitates constant voltage levels despite varying loads. Tight load regulation also improves system stability, especially under overclocked conditions. At the same time, it applies less stress to the DC-DC converters that many system components utilize.

The load regulation we measure is satisfactory on each rail.

Hold-up time is the amount of time that the system can continue to run without shutting down or rebooting during a power interruption.

The hold-up time we observe exceeds 17ms, while the power-good signal is spot-on at 16ms.

Although we measure low inrush current with 115V input, this is not the case with 230V input.

The power supply can handle high operating temperatures, and the performance of its APFC circuit is excellent. Even in the first few tests where the load levels are relatively low, the PF readings are high.

In the following tests, we measure the PSU's efficiency at loads significantly lower than 10% of its maximum capacity (the lowest load the 80 PLUS standard measures). This is important for representing when a PC is idle with power-saving features turned on.

The unit's fan operates passively during these light loads.

Intel plans on raising the ante at efficiency levels under ultra-light loads. So from July 2020, the ATX spec will require 70% and higher efficiency with 115V input. The applied load is only 10W for PSUs with 500W and lower capacities, while for stronger units we dial 2% of their max-rated capacity.

The efficiency we observe is much lower than 70%.

Next, we plotted a chart showing the PSU’s efficiency at low loads, and loads from 10 to 110% of its maximum-rated capacity. The higher a PSU’s efficiency, the less energy goes wasted, leading to a reduced carbon footprint and lower electricity bills.

Our results indicate high efficiency under normal loads, though the numbers could be better with light loads.

The 5VSB rail's circuit needs an update. Its efficiency numbers are very low for today's standards.

All of our results are obtained between an ambient temperature of 37 to 47 degrees Celsius (98.6 to 116.6 degrees Fahrenheit).

If you don't push the minor rails hard, which reflects real-world usage, the semi-passive fan mode lasts quite a while. Moreover, the fan speed profile is highly relaxed.

The semi-passive mode lasts up to 170W if you push the minor rails hard. Fortunately, even when the fan starts spinning, noise output remains low.

Prev Page Specifications and Part Analysis Next Page Protection Features, DC Power Sequencing, Cross-Load Tests and Infrared Images
No comments yet Comment from the forums
Be In the Know