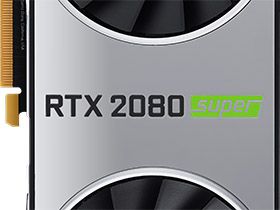 What’s more, the 2080 Super’s fans are still speeding up, even as our three-loop Metro benchmark ends. At that point, they’re at 2,100 RPM, or 250 RPM higher than the next-closest contender, GeForce RTX 2070 Founders Edition.

Despite its more aggressive fan curve, our sample tops out at 78°C through this real-world gaming test, surpassing even AMD’s Radeon VII. In comparison, the GeForce RTX 2080 Founders Edition, 2070 Super, and 2070 Founders Edition all maintain temperatures closer to 70°.

As we saw under Metro, FurMark’s intensive nature causes the GeForce RTX 2080 Super’s fans to kick in earlier than the rest of Nvidia’s cards. This time around they approach 2,200 RPM—350 RPM higher than GeForce RTX 2070 and 2070 Super.

AMD’s Radeon VII heats up faster than Nvidia’s GeForce RTX 2080 Super, but they both get to the same 78°C during 15 minutes of running FurMark’s stress test. The other GeForce boards we included hover around the 70° mark in comparison.

Running into a power limit takes its toll on GeForce RTX 2080 Super’s peak clock rate. However, the card is still able to stay within a range of 1,665 and 1,695 MHz through our run. That’s higher than Nvidia’s base frequency rating in a worst-case scenario.

We call this out because, after reviewing five new graphics cards this month, all of them except for GeForce RTX 2080 Super dip below their rated clock rate floors.