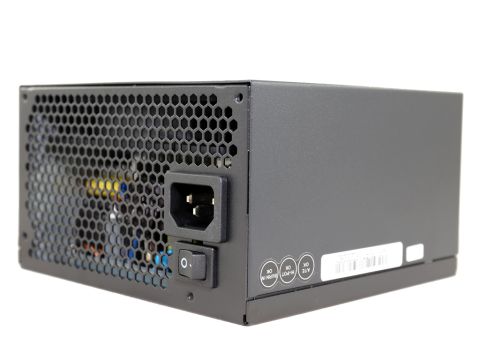 The recorded hold-up time is much lower than the ATX spec's 17ms minimum requirement. Given the bulk cap's low capacity, this comes as no surprise to us. At least the power-good signal drops before the rails go out of spec, and not after like we saw from Zalman's ZM750-EBT, based on the same platform.

The lack of an NTC thermistor for protection against large inrush currents results in over 100A of inrush current with 115V input and a greater than 70A reading with 230V. Sirfa must bring this down as soon as possible. We can't help but wonder why the company chose not to include a simple NTC thermistor at next to no cost.

Load regulation is merely average on all rails. The ST75F-PT clearly cannot match its competition in this area. Under 20 percent load, the unit manages to satisfy the 80 Plus Platinum requirement. That's not the case at 50 percent of its max-rated capacity or full load, however. While we expected better efficiency under demanding loads, it seems that high operating temperatures have a significant impact on this PSU's performance.

The fan doesn't spin during the 10 percent load test, and up to the 30 percent test its output noise is low. It only exceeds 40 dB(A) during the 70 percent load test, likely due to a vibration since the fan's noise level drops below 40 dB(A) at full speed. Acoustic output is low overall thanks to a slow-spinning fan. Of course, the fan profile does get aggressive at high temperatures, which is why SilverStone rates its PSU for full-load operation at up to only 40 °C. For the record, the ST75F-PT easily delivered more than its full power at up to 48 °C ambient in our tests.

Prev Page A Look Inside And Component Analysis Next Page Efficiency, Temperature And Noise
5 Comments Comment from the forums
Be In the Know