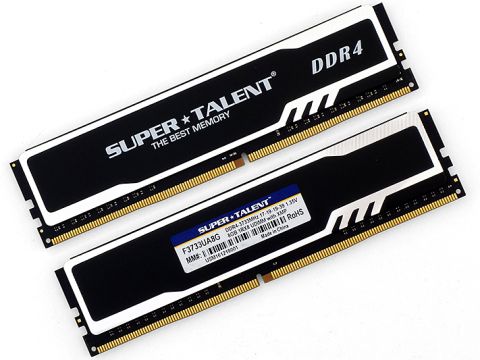 Made most famous for producing the world’s fastest DDR3 straight out of Silicon Valley, Super Talent slipped completely off the enthusiast radar almost immediately after losing that crown to its competitors. Once again relying on its Project X to win back the enthusiast market, the firm sent its F3733UA8G modules for our evaluation.

Two of those modules comprise its F3733UX16G kit, for which the packaging was not yet available when the company shipped our samples. Hoping to get the message out about its latest RAM early, the company even sent us its direct pricing list rather than a list of distributors, and it promised that buyers would be able to secure memory directly while it works with Ma Labs and Amazon on distribution.

One of the big changes to its current run at the enthusiast market is that it competitors have already reached high target frequencies. Another difference is that these modules were produced in Super Talent’s Chinese facility, rather than its small facility in Silicon Valley. We see high hopes for mass marketing in this manufacturing strategy.

The modules are rated at the same 17-19-19-39 timings as two of its large competitors, and will boot at DDR4-2133 CAS 16 prior to enabling a motherboard’s XMP profile setting.

Supplied for use in motherboard reviews, G.Skill’s 32GB four DIMM DDR4-3866 kit is the starting point for today’s review. Teamgroup’s DDR4-3600 takes the other side of the 3600-3733-3866 data rate spread, while the broader availability of Mushkin’s DDR4-3200 provides an easier alternative purchasing option.