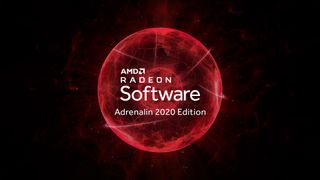 AMD has received some flack for driver issues of late, but it says it's doing its best to improve the situation. The team released the Radeon Adrenalin 20.2.2 driver, last week, and now, after a week of further testing, the driver has received WHQL certification.

In a blog post today, AMD said its latest driver is a direct response to AMD's vocal fan base.

"You spoke, we listened. The AMD and Radeon communities include some of the most vocal people on the internet. You proudly show off your AMD hardware and rave about how great your system is, but you’re also quick to point out issues that you have come across with equal passion," the blog said. "Our team pays close attention to all your posts, and we’ve worked diligently with our engineers to resolve as many of those issues as possible in the latest release of Radeon Software Adrenalin 2020 Edition."

The Adrenalin 20.2.2 driver is one of the bigger releases since the Adrenalin 2020 Edition update (which landed in 2019), bringing with it a laundry list of 40 fixed issues.

According to AMD, fixed issues include:

The team acknowledges that there is still work to be done but hopes that this driver update fixes the most prominent problems AMD's customers have been experiencing.

As typical, the driver also has some known issues, including:

To download the driver, head to this page for more information. For a direct download, there's the Windows 10 64-bit driver or Windows 7 64-bit version.