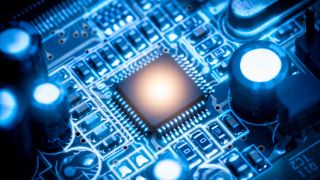 The China Times brings bad news for consumers who've been waiting for affordable AMD 500-series motherboards. The Chinese news outlet reports that ASMedia will start mass-producing AMD's budget B550 and A520 chipsets in the first quarter of this year, meaning the wait for the corresponding motherboards continues.

AMD launched its Ryzen 3000-series processors back in July of last year. Thus far, the chipmaker has only officially released the X570 chipset, which raises the question of why the more budget-friendly chipsets are taking so long to arrive. A previous DigiTimes report estimated that ASMedia should have started to ship out B550 and A520 orders to motherboard manufacturers during the fourth quarter of 2019. As per the latest article from The China Times, it would appear ASMedia might have run into some setbacks.

On another note, AMD's next wave of Ryzen processors, codenamed Vermeer, employs the Zen 3 microarchitecture. It's not yet confirmed, but AMD will probably market the new chips under the Ryzen 4000-series moniker. TSMC is expected to produce these processors with the improved N7+ EUV (Extreme Ultraviolet) manufacturing process.

AMD was the first chipmaker to welcome the PCIe 4.0 interface, and the company will continue to implement the standard on the forthcoming 600-series chipsets. Analysts expect ASMedia to secure orders for the 600-series chipsets in the second half of the year. The timeframe seems to concide with The China Times' claims that AMD will unleash the Zen 3 chips in the second half of 2020.

AMD is holding its CES 2020 conference today at 2 p.m. PT. The China Times thinks AMD could give the world a small taste of the Zen 3 microarchitecture during the event. We'll be at the venue to bring you the latest in AMD news, so stay tuned.