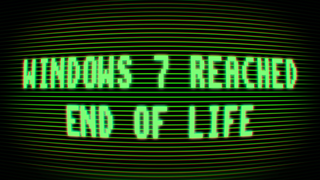 If you haven't heard yet, Microsoft is leaving Windows 7 behind on January 14, urging users to upgrade to Windows 10. Google isn't ready to abandon the 10-year-old operating system, though, and 9to5Google reported that the company will continue to support its Chrome browser on the OS for a minimum of 18 months.

The support isn't intended for use by consumers, though. Microsoft does have an extended support option for enterprises to stay on Windows 7 and continue getting security updates for a little longer, but they'll have to pay for it. Google's Chrome support is specifically meant for those customers who haven't started, or are in the midst of, their transition to Windows 10.

Enterprise options for paying for extended support reaches as far as 2023, though it's not entirely clear yet on exactly when Microsoft won't offer paid security updates for companies anymore, either. Google's promise is to keep supporting Chrome on Windows 7 until July 15, 2021.

Google also noted that its browser could be useful in the transition process, as users are able to migrate from Windows 7 to Windows 10 and seamlessly switch over their browser settings, provided they log in to Google Chrome using their Google Account.

This news is mostly beneficial to large companies, but it can prove useful to consumers, too. While you might not be getting security updates anymore through Microsoft (and we would still urge you to update to a newer operating system as soon as possible), at least Google will be providing updates to Chrome on Windows 7, which can act as the first line of defense against cyberattacks. We wouldn't risk our systems on it, but some protections are better than none, at least for now.