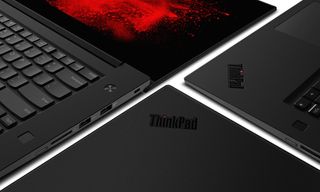 Lenovo’s ThinkPad P-line of workstations is getting a refresh, and is joined by the ThinkPad X1 Extreme Gen 3. All of the laptops will use 10th Gen Intel H-series processors (some also have Xeon options) and will offer a new “ultra performance mode” when they release in July.

Lenovo says the ultra performance mode lets users “take full control of their performance settings. If they need to complete a render as fast as possible or demo high-fidelity VR content while maintaining a stable framerate, users can now dial up the system, ensuring peak performance.”

The P15 and P17 are getting new thermal designs, which the company claims means there is 13% more  air flow. That’s on top of a 40% larger CPU heatsink, bigger vents and a thermal mesh.

Those two laptops will include the CPUs and GPUs on daughter cards as opposed to soldering them to the board, which the company says allows it to offer four times as many CPU and GPU options as previous versions.

The P15V is an alternate option, starting at $1,349, that is being pushed as a budget 15-inch workstation.

The P1 Gen 3 is bringing some new quality of life features, including an anti-smudge coating to reduce fingerprints, better speakers and a 600-nit panel options, as well as optional LTE.