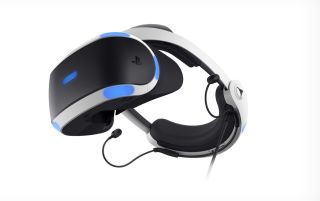 It's difficult to know how well different VR headsets are selling, as most companies seem to actively avoid letting the public know exactly how their products have fared. Sony is an exception, though, and it showed that by announcing that it's sold more than 5 million PlayStation VR headsets during its CES 2020 press conference.

That's not a figure to scoff at, and Sony seems to be quite pleased with those numbers, too. The PSVR was already known to be one of the better-selling VR headsets, and it seems to just keep going, because it was only back in March 2019 that the company revealed that it had sold 4.2 million units of its VR headset.

The PSVR was released three years ago, and it requires a Playstation 4 or Playstation 4 Pro to function. Inside there is a 5.7-inch OLED display that gives each eye a 960 x 1080p resolution with a 100-degree-wide field of view. It refreshes at between 90 and 120 Hz. At release, its price tag was set at $399, but that figure has come down considerably since, and the headset is readily available for $250 to $300.

That's also why it's as successful as it is. Many people already own a PS4 or PS4 Pro, and the PSVR headset isn't all that expensive to add to the setup, especially when it's compared against using a tethered headset with a high-end PC. The experience might not be the same, but it gets awfully close despite costing far less.

Although Sony hasn't fleshed out the PlayStation 5 at CES, the company did reveal the new console's logo, which isn't really any different from the PS4's. The 5-million-odd PSVR owners will probably be happy to know their headsets will be compatible with the PS5, so they shouldn't have to upgrade anything but the console itself.