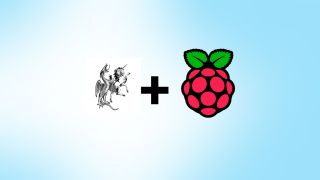 Mythic Beasts, a private ISP hosting platform, announced the addition of the Raspberry Pi 4 to its Raspberry Pi Cloud service this week. Users can now choose to use a Raspberry Pi 4 model to host their server needs, a considerable upgrade to the previously offered Raspberry Pi 3.

Mythic Beasts pegs its Pi hosting service as a great way to access Pi hardware and Raspberry Pi OS "backed by network storage" and pay for it monthly, quarterly, annually or on demand.

Raspberry Pi Cloud relies heavily on network boot order. This helps ensures hardware reliability. But when the Pi 4 came out, it didn't have any network boot support. Thanks to a new firmware upgrade with full PXE boot support, the Pi 4 is officially on the table for Pi Cloud.

As the latest Pi, the Raspberry Pi 4 offers much more performance than predecessors. Mythic Beasts is offering up to 4GB of RAM (it doesn't offer the 8GB Raspberry Pi 4). The network card also operates at full gigabit speed. This should increase bandwidth and significantly reduce the amount of time it takes to access files.

The Raspberry Pi Cloud service is ideal for web-based server needs, like web hosting and even low resource gaming demands, such as a Minecraft server. Pi Wheels, a project to pre-compile Python installation candidates for many packages, uses Pi Cloud and has beta tested it with Pi 4, Mythic Beasts' announcement said.

If you're interested in hosting a server on the Raspberry Pi Cloud, pricing for the Pi 4 server starts at  £7.25 per month.

For those who'd like to run their own Pi-based web server, visit our instructions on how to set up a Raspberry Pi web server.