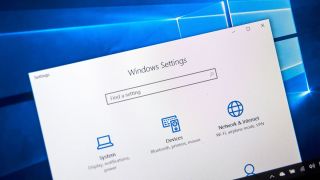 Sometimes convenience is a problem. Just look at the automatic driver updates Windows 10 installs for its users. Most of these updates can be installed without a hitch, but sometimes the operating system installs the wrong drivers, and that can lead to problems. Windows Latest reported yesterday that Microsoft plans to change the process it uses to handle incompatible drivers in an effort to avoid those issues.

Windows 10's driver update feature is usually helpful. Some enthusiasts might want to know everything about a driver before they install it, but most people don't particularly care how their devices work, they just want to avoid any problems. Automatically installing these updates can help people enjoy the best performance from their devices, keep them more secure and give them access to new features.

Windows Latest said that Windows Update occasionally installs drivers that don't work with new versions of Windows 10, however, which is where the problems start. Microsoft currently identifies these incompatible drivers and withholds Windows 10 updates from systems that have them installed so it can avoid any malfunctions. This is a reactive system, though, which isn't ideal for Windows 10's many users.

Now it seems that Microsoft will be a bit more proactive--or at least allow manufacturers to be more proactive--when it comes to blocking Windows 10 updates from certain systems. Windows Latest cited "an internal document" that said companies will be able to request these upgrade blocks themselves. That way they don't have to wait for Microsoft to identify the issue before taking action.

The document said that Microsoft's goal is to prevent "an issue that directly impacts the OS after upgrade, such as a driver crash, BSOD or data loss, security issues, connectivity loss, etc, for which a fix is in progress.” Once companies have resolved those problems, they can request the upgrade block's removal, which should mean their customers will be able to upgrade Windows 10 without breaking anything.

Windows Latest said that Microsoft will also be more cautious with driver updates in other ways. The company won't push drivers in the days before or after Patch Tuesday, according to the report, or within two days of a Windows 10 feature update. That new approach should help isolate the cause of any issues, and fewer concurrent updates means fewer opportunities for problems to arise, too.