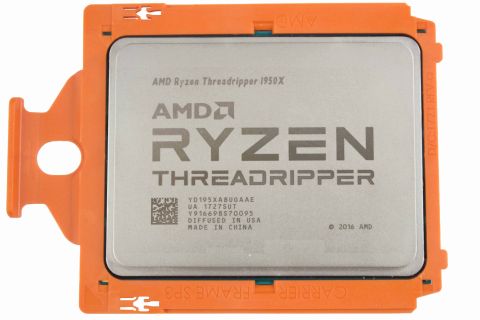 As discussed on page two, Threadripper offers both Creator and Game modes to tailor the processor for different applications. We tested with both to compare the gaming-optimized and out-of-box configurations. Threadripper processors also feature two switches that allow for even more unique configurations, so we also tested with the full complement of cores (legacy off) and memory access set to "local." These “Local/SMT” results provide a nice boost for heavily-threaded games, particularly in overclocked configurations.

Most charts are presented in their entirety. But due to space constraints with our frame time variance graphs, we often include secondary charts with additional Threadripper performance data.

AMD notes that some games prefer different configurations, but we don’t have a detailed list of preferred settings for individual titles. Hopefully our results serve as a guide to gamers looking for the best settings.

Intel also released new microcode for its Skylake-X processors recently, which reduces performance in some titles and lowers the AVX offset by two bins. We also noticed far lower Turbo Boost activation thresholds, though that could separately be the result of MSI's newest BIOS. The changes likely come in response to some of the power and thermal issues we encountered during our extended testing. We consequently retested both Skylake-X processors with the newest microcode.

AMD's Ryzen gaming performance is also a moving target, though it continues to improve over time. Today's story reflects all processors re-tested with the latest chipset, BIOS, GPU drivers, and game patches. We're also deploying a new test image and game suite, so the results contained herein are only directly comparable to our Ryzen 3 1300X review.

VRMark prizes IPC throughput and frequency. AMD's Ryzen Threadripper processors fall to the bottom of the chart, while the Intel models lead. We suspect that VRMark lacks some of the optimizations incorporated into other games.

The Threadripper 1950X fares much better during the heavily-threaded DX11 physics test, where it leads by a large margin. And it squeezes by the overclocked Core i9-7900X during the DX12 CPU test due to its copious core count. The Core i7-7700K suffers through these two tests due to its quad-core design.

Ashes of the Singularity: Escalation is a computationally intense title that scales well with thread count. That’s music to Threadripper’s ears as the overclocked configuration leads. Intel's 10-core -7900X puts up a stout defense with 60% fewer cores, though.