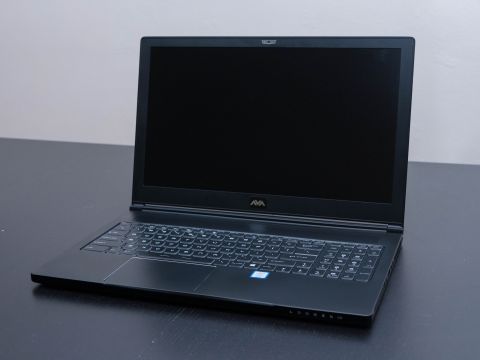 The AVADirect Whitebook 16K2 has all of the features you might expect from a thin-and-light laptop. It’s packing Intel’s 7th-generation Core i7-7700HQ processor, an Nvidia GeForce GTX 1060, and 16GB of DDR4-2400 memory, while storage is handled by a lone 250GB M.2 SSD. The display is a 15.6” Full HD (1920x1080) matte IPS display with a 60Hz refresh rate. In other words, the Whitebook 16K2 is your standard-fare laptop. We chose competitors that fell slightly under and slightly above this configuration.

Finally, we’ve included the recently reviewed Alienware 15. This laptop is a bit more premium with its GTX 1070, but otherwise it's comparable to the other gaming laptops. It features an i7-7700HQ CPU and 16GB of DDR4-2400 memory. But it also includes a 512GB M.2 SSD and a 1TB 7200RPM HDD for additional storage. It also differs in display choice: a 15.6” FHD matte TN display with G-Sync and a 400-nit brightness rating, running at a 120Hz refresh rate.

3DMark’s game-like workloads give us a sneak peak of our roundup’s gaming results. Unsurprisingly, the AVADirect Whitebook 16K2 goes toe-to-toe with the like-minded Sager NP8165 thanks to their GTX 1060 GPUs, with the latter holding a slight edge. Neither comes quite close to besting the much more robust Alienware 15, but their physics scores are remarkably similar by virtue of the shared Core i7-7700HQ (Sager NP6852 included.)

Cinebench single core and multi-core results are determined by each laptop’s CPU, and because they’re all using i7-7700HQs, the differences are negligible. However, OpenGL shading is more platform-based, with a slight emphasis on GPU power. The Alienware outperforms both the Whitebook 16K2 and NP8156, but only by a small margin. Comparatively, the NP6852’s GTX 1050 Ti delivers a significantly lower shading score.

CompuBench features a handful of benchmarks; we chose the platform-based Video Processing test and GPU-based Bitcoin Mining test. In Video Processing, the Whitebook 16K2 and NP8156 score evenly. The Alienware gains a 17% performance boost thanks to the GTX 1070, whereas the GTX 1050 Ti lands the NP6852 31% lower than the AVADirect offering. However, the Alienware laptop outperforms the AVADirect unit significantly in Bitcoin Mining, with a 51% lead, while the NP6852 trails by 40%. Interestingly, the NP8156 performs 10% better than the AVADirect laptop in Bitcoin Mining.

The two Samsung SSDs score pretty evenly in random (QD2) performance, so you can expect the Whitebook 16K2 and the Alienware to launch applications at blazing speed. However, the 960 EVO edges out the PM961 in sequential read performance and writes even faster. Still, the Alienware has double the SSD storage capacity on top of its 1TB HDD. Both SSDs run significantly faster than the Sandisk X400s in the Sager laptops.

We use PCMark 8’s Microsoft Office and Adobe Creative tests to gauge each laptop’s typical workday load. Because all of the featured laptops contain an i7-7700HQ CPU, you can expect similar performance in PCMark’s platform-based workloads. There are a couple of discrepancies, notably in the Alienware 15’s and Sager NP6852’s Office scores, but you won’t experience a difference in real world usage.