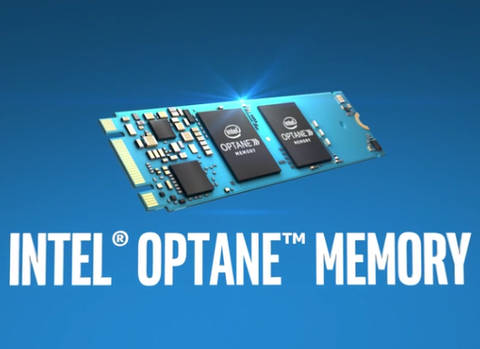 Before we begin our performance analysis, let's do a quick rundown of the products listed in the charts. "Optane Single" is the Optane Cache SSD running as a secondary volume. This allows us to examine the maximum performance possible from the Optane Memory cache drive. We present the Seagate BarraCuda Pro 10TB both as a single HDD and combined with the Optane Memory SSD (Optane + HDD). This is the only officially supported Optane Memory configuration with the preloaded files in place (and any other optimizations that Intel didn’t disclose).

An Intel 600p 1TB SSD also appears both as a single drive and combined with the Optane Memory drive acting as a cache (Optane + NVMe SSD). This is not an officially supported configuration, but it is possible with the Optane Memory SSD acting as a generic cache device. The Samsung 850 EVO 500GB SSD appears both as an unaccelerated SSD and with Samsung's Rapid Mode software. Rapid Mode is Samsung's free RAM caching software built into its Magician management software. You can use Rapid Mode with several of the company's SSDs.

We would like to reiterate that, except for the Optane (Single) results, we ran the tests with the operating system on the drive. We couldn't fit an operating system and our test software on the solo 32GB Optane volume. Also, we enabled all performance-robbing (but power-saving) C-States during the tests. Most casual computer users are not aware that these BIOS settings have such a profound impact on performance, but you will notice very low performance from the Intel 600p and Samsung 850 EVO products at most queue depths. Finally, we used a large dataset for the synthetic tests to reduce the impact of Optane Memory. A smaller dataset would have resulted in the entire test file being promoted to the cache device. Our test results represent a mix of both cached and uncached performance.

The solo Optane Memory drive delivers 1400 MB/s of sequential read throughput with a single worker. The drive suffers a slight drop off at a queue depth (QD) of 1, but that is most likely due to Windows’ low power settings. The power settings reduce the bandwidth to the drive during light workloads but opens the pipe during increased activity. There is a slight delay for the power state transition, and at these speeds, every microsecond appears in the results. PCI Express seems to take a larger performance hit than SATA with the low-power states enabled.

Pairing the HDD with Optane Storage provides a large performance increase over the bare hard drive. This is the target use case for Optane Memory. Surprisingly, performance is in line with the Samsung 850 EVO running in RAM-powered Rapid Mode at higher queue depths. At low queue depths, there is only a small difference between the solo Optane drive and the Optane Memory with HDD.

The NVMe Intel 600p relies heavily on an internal emulated SLC cache layer in front of the native TLC storage. The C-States and Windows power saving features rob the PCIe drive of performance. Putting the Optane SSD in front of the 600p delivers a larger performance boost that users will see when loading applications.

The Rapid-enabled 850 EVO pulls ahead in the sequential write test. Optane Memory with a hard disk drive optimizes the system for increased performance beyond the standard storage settings. When the official software enabled, we managed to achieve a better score than with just the Optane drive writing sequential data on its own.

The 600p with SRT Enhanced cache doesn't receive write data acceleration, but it would in maximum mode. We will explore the option at a later date.

Random read performance is the breakaway test for Optane Memory technology. The drive itself can deliver 71,000 IOPS at QD1. That is faster than any SSD ever sold, and that includes expensive SLC products that are no longer available.

In the random read test, it did not matter if we paired the Optane Memory drive with a hard disk or an SSD. The two performance lines are nearly identical. That would change in the event of a cache miss, but Intel did a very good job making the system smart enough to cache hot data even though we used a very large test file.

We often talk about latency but rarely have the opportunity to show the difference between flash-based storage and disk-based storage. This chart shows the average latency of the random read tests up to QD8. The only line you can make out is the hard disk drive. Flash, and now 3D XPoint-powered Optane, are much faster than spinning disks.

Optane Memory turns your hard disk drive into an SSD for random data writes. The cache device just absorbs the writes at high speeds. The data will eventually pass to the physical hard drive during idle time without any user intervention.

The random write latency test shows the Seagate Barracuda Pro's performance curve. All the flash-based and accelerated configurations are so much better that we can barely see the latency on the chart.

3D XPoint technology delivers incredible mixed random performance. The solo Optane drive delivers right around 800 MB/s, and that is enough to accelerate both flash and spinning disks. The best part is Optane’s ability to increase performance at low queue depths, which is crucial to boosting overall system performance.

The Optane Memory SSD delivers nearly 100,000 write IOPS at QD2 during our mixed random test. The bare hard disk drive is barely even a blip on the chart, but within an Optane Memory array, the spinning disk performs more like a high-performance flash-based drive that can cruise through the workload with ease.

The PCMark 8 Storage tests show what Optane's performance equates to during real-world applications. The hard disk drive stands out in all the tests because it takes longer to complete each task. All of the solid-state drives, including the Optane Memory accelerated products, take much less time and show less variance in the time to completion amongst the group of similar products.

The solo Optane SSD running as a storage device delivers the best overall performance of the entire group. The performance is promising and leaves us excited for what Intel can do with this new memory technology.

BAPCo’s SYSmark 2014 SE uses applications from Microsoft, Adobe and others to measure system performance, responsiveness, and power in an automated environment. We use three iterations for each test and enable the power measurement feature. The feature uses a dedicated device to feed the power consumption data back to the system for logging.

In this series, the Optane-only device is absent because we can’t install the operating system and the software on the 32GB drive due to the capacity limitation.

This series also shows the only power measurements we recorded for this review. Optane Memory increases overall system power, but not by a small amount. We expected this result, and not for the obvious reasons. Yes, you are adding another component to the system, and that does require more power, but most of the additional power consumption is from the increased data traffic. The processor, system memory, and other components spend less time waiting for data and more time running the workload. This increases power consumption but allows the task to complete sooner.