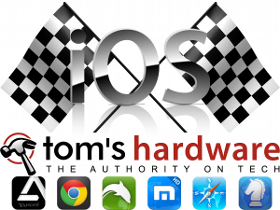 Before we begin, we have to touch on one key fact that makes iOS unlike any other popular operating system today: the strict walled garden. You see, Apple mandates that any third-party Web browser sold in the App Store must use the stock WebKit rendering and JavaScript engines.

That's right folks, they're all WebKit browsers. And not just different WebKit browsers like Chrome and Safari on the desktop, either, but complete mobile Safari clones. Think of third-party iOS-based Web browsers as Safari wearing different clothes. Sure, some of them have totally different syncing features, bookmark mechanisms, on-screen keyboards, and even user interfaces. But when it comes to a Web browser's primary function of rendering Web pages, they are all just re-spins of Apple's stock, default mobile Safari.

So all iOS Web browsers are going to be the same then, right? Not entirely.

While Apple demands that third-party browsers use the stock engines, Safari has access to the newer Nitro JavaScript engine, while the rest are left with Safari's old JS engine. Apple's mandate doesn't even the playing field; it stacks the deck in Safari's favor.

As recently as this August, Opera aired its opinion regarding the App Store rules to The Times of India:

"Opera believes the Web is best when consumers can freely choose the browser they use. We wish that the rules are changed in the future to allow Opera Mobile (our full-fledged mobile browser) in iOS store, just as it is possible on other platforms like Android.”"Right now we offer Opera Mini on the iOS platform. The way Opera Mini gets around this issue is that all the processing is actually done on a proxy server and not on the iOS device. If we had not used a proxy-based solution in Opera Mini, then we would have been required to use the native browser engine."Shwetank Dixit, Opera Web Evangelist

We have to imagine that everyone else in the business of creating Web browsers is in agreement. After all, iOS is still the tablet platform.

Unfortunately, Opera Mini and the other “mini browsers”, such as Dolphin Mini and Skyfire, are resistant to most traditional benchmarks due to the manner in which they function. Unless the benchmarks are nearly instantaneous, the remote server times out mid-test.

Although the differences between Safari and third-party browsers is going to be the key match-up on this platform, we've seen that page load times and HTML5 performance don't always fall into rendering and JavaScript engine expectations. So, perhaps we'll see one of the third-party browsers rise to the top.

But before we can move onto the benchmarks, let's take a quick look at the iOS-based contenders, and then go over how the desktop Web Browser Grand Prix benchmark suite has changed to accommodate mobile tablet computing.