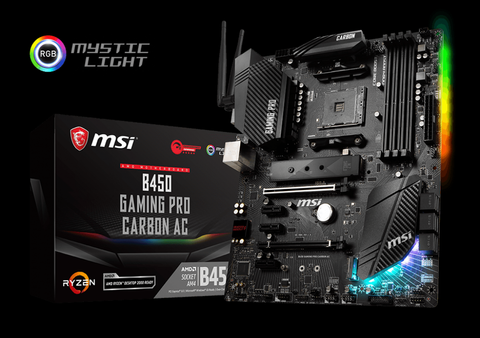 On to the fun part of our benchmark analysis. Power consumption isn't likely a huge selling point in this segment, but testing does show if there are any potential issues. At idle, the only board suffering here is the Asus TUF sample, which pulled nearly twice as much power from the wall as the other three competing systems.

The inverse is seen when we start running Prime95 for full CPU load. At first glance, the Asus board casts some of its ROG magic by optimizing voltage and drawing nearly 40W less than the MSI B450 at this test condition. Going the other direction, the MSI B450 draws 24W less than the Asus TUF at full GPU load with FurMark. Overall, when all things are cranked on, both B450 boards struggle in the power department when compared to their X470 relatives.

Temperatures, however, shed an interesting analytical light. CPU temperatures are reported through HWiNFO64, and we observe a 10C temperature delta across the samples (after removing ambient temperatures from the equation). This would suggest that the processors are boosting differently or running at different load conditions. But from this data doesn’t typically impact a board’s recommendation. On the other hand, VReg temperatures are critical from a design perspective, and we see the MSI B450’s solution come out way ahead of the other “value” contenders on the bench today. To add salt to the wound, if the processor is, in fact, boosting as well, this Vreg is performing double duty while still running cooler. Well done MSI on both of your boards' VReg solutions.

We do have to tap the brakes on the MSI hype train with our efficiency data though, since clearly the Asus TUF stomps the field in this regard. It is important to note, though, that both MSI boards manage to keep close to average efficiency ratings while running our worst-case power draw scenarios, despite performance or power draw misses. The Gigabyte B450 takes hits in both regards and is punished accordingly.

Overclocking isn’t a primary selling point for B450, but the MSI’s thermal performance does leave us wondering how well it’ll hold up to our overclocking gauntlet. With roughly 40C worth of VReg thermal headroom and 19C of Tdie to play with, we set our sights at 3900MHz right out of the gate. Without adjusting voltage or the loadline, we are hitting safe temperatures of 67C on the Tdie and 63C on the Vreg, which matches our Prime95 results from earlier. Leaving all the other settings alone, we actually hit 4125MHz running at a maximum MOSFET temperature of 83C and reported Tdie of approximately 84C during our 8-hour-long long Prime95 torture run.

Unfortunately, this is the safe limit for us thermally, so we might have left a few MHz on the table for extra tweaking. But simple, safe, and effective overclocks are always a win in our book. Taking what we know about this board and some better cooling solutions available, there’s no reason a higher-end user couldn't exploit its capabilities for a cheaper 4.2GHz system.

On the downside, we can’t say the same for our memory overclocking experience. Our Corsair Dominator Platinum DIMMs are rated for DDR4-3466, and very few of our tested motherboards can hit those speeds with all four slots populated. Starting at a respectable DDR4-3200, we’re able to boot, but run into stability issues within minutes of Windows starting to use the memory. Dialing back to DDR4-3000, some of our benchmarks run, but again, stability is not achieved. Dialing down to DDR4-2800 is where we finally land with AIDA64 Memory tests stability. As always, memory compatibility, trial and error, and other fine-tuning might improve performance, but we suggest only using two DIMM slots on this board in order to get into the DDR4-3000 range.