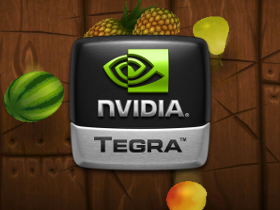 At least for the next couple of days, Tegra 3 is Nvidia’s flagship system-on-a-chip (SoC) for smartphones and tablets. Although the chip's performance is no longer the fastest around, an aggressive developer relations team works with game developers to optimize their titles for Nvidia's hardware. As a result, Tegra 3's ULP GeForce graphics component and quad-core Cortex-A9-based processor continue to serve up some of the nicest-looking graphics available from mobile games. But does the Tegra 3's advantage still hold water more than a year after its introduction, or has the rest of the industry caught up?

Armed with an Android-based HTC One X+ smartphone as our test platform, along with 12 purportedly Tegra-optimized titles, we logged some quality game time to find out.

Let’s be clear about what we’re actually measuring. Today's efforts aren't about benchmarking Tegra 3’s frame rates or drawing blanket generalizations about gaming on Android. Instead, we’re doing a visual comparison to see whether or not the optimizations made for Tegra 3 are significant, and if they have any negative impact on playability.

Before we get to the testing, let’s talk about how Tegra’s ULP GeForce is different from other mobile GPUs.

Tegra Versus PowerVR, Mali, And Adreno

Tegra 3 is quite different from other SoCs in terms of how the GPU operates. Nvidia's ULP GeForce is a more complex version of what came before in Tegra 2, employing 12 pixel shaders rather than four, and operating at up to 520 MHz, up from a maximum of 400 MHz.

Nvidia’s Tegra operates using IMR, which has been the standard in PC GPUs for over a decade (the last desktop graphics processor to use tile-based rendering was STMicroelectronics' PowerVR Kyro II, back in '01). With immediate-mode rendering, polygons are received, modified, textured, displayed, and certain zones are calculated several times. In the mobile world, this would generally be considered wasteful. But Nvidia offers graphics hardware fast enough to handle it.

magination Technologies' PowerVR chipsets are the quintessential example of Tile-Based Deferred Rendering. TBR involves dividing each frame into small sections referred to as tiles (right). The rendering of each tile is performed separately, and only the visible pixels in each one are sent down the rendering pipeline. Any pixel not visible in the frame is not rendered (hence, deferred), such as those making up the part of the car obscured behind the tree (below).

Breaking up each frame into separately-rendered tiles gives PowerVR fairly linear scalability, since multiplying GPU cores multiplies GPU performance. Eliminating non-visible areas from the calculations also reduces the necessary bandwidth, which is a very important advantage in the mobile world. While Imagination Technologies' PowerVR technology is found in SoCs from Intel (Medfield), Samsung (Hummingbird), and Texas Instruments (OMAP), it's most notably the graphics force behind Apple’s venerable line of iOS-based devices (Ax).

ARM and Qualcomm GPUs utilize a combination of the two basic rendering modes. ARM’s Mali uses a hybrid known as Tile-Based Immediate Mode Rendering (TBIMR). Meanwhile, Qualcomm employs a different kind of hybrid mode in the Andreno 320, which can render either in TBR or IMR. The most notable use of Mali is in Samsung’s Exynos, while Adreno is exclusive to Qualcomm’s own Snapdragon SoCs.

Although each rendering type has its pros and cons, suffice it to say, Nvidia’s choice is coherent. Ironically, Nvidia takes advantage of one of PowerVR’s limitations. Since many games are designed for iOS-based devices with PowerVR GPUs, their geometry is limited. So, by simply doubling the number of pixel shader units in Tegra 3, Nvidia allows developers to add extra effects to existing games. The company is known to leverage its close relationships with video game developers on the PC side, and now it's doing the same with the creators of mobile titles.

To be clear, Nvidia doesn’t currently have the fastest mobile GPU on the block. ARM, Imagination Technologies, and Qualcomm all have faster engines. One reason for that is simply that Tegra 3 is more than a year old, and we're on the cusp of seeing its successor at CES. Secondly, Nvidia simply isn’t in the same position as Samsung or, to a lesser degree, Apple. Creating the A5X SoC in the third-gen iPad, for example, required that Apple double the number of GPU cores in its A5, moving from an MP2 GPU to an MP4. Plus, Nvidia has to worry about selling its chips to device manufacturers, whereas Apple and Samsung are the manufacturer.

The company is still enjoying plenty of success, however, showing up in a range of devices and form factors, such as HTC's One X+, Microsoft's Surface, Lenovo's IdeaPad Yoga 11, and even Tesla's Model S electric sedan. So, what do optimized games look like, and how does Tegra 3 handle them?