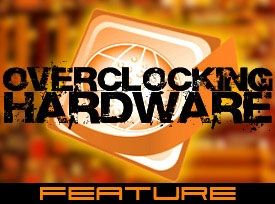 Our 2008 overclocking event, which we named Overdrive, began last weekend in Los Angeles, California. Four more countries with a Tom’s Hardware presence—France, Germany, Italy and Taiwan—will be hosting trials with some of the finest professional overclocking teams to determine local winners. We will fly the best overclockers to Paris, France, where they will compete for the Tom’s Hardware Overdrive world championship.

We wanted to introduce you to the hardware component that we’re using for the Overdrive Overclocking Championship. Note that most of what we’re using is being provided by our sponsors.

All Components Are Provided To The Competitors

In an effort to provide the same conditions at all event locations worldwide, we decided that we wanted global sponsors for as many key components as possible. And we succeeded: MSI is on board to provide overclocking motherboards based on the P45 and X58 chipsets; Fortron provides powerful Everest 1,000 W power supplies; Samsung sponsors us with Spinpoint F 1 TB Serial ATA hard drives; Kingston provides high-end DDR3-2000+ memory modules; and Logitech contributes its gaming-class keyboards and mice.

Core 2 Duo First, Core i7 Extreme In The Finals

Since Core i7 availability could not be guaranteed at the time we began our championship, we had to rely on Core 2 Duo processors and P45 platforms for the worldwide trials. The winning teams, which will battle each other in the first-ever Core i7 (Nehalem/Bloomfield) overclocking competitions, will receive Core i7 Extreme processors.

Let’s look at all of the components in greater detail.