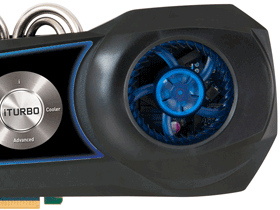 Now that the cheaper (and even more efficient) GeForce GTX 670 is readily available at major retailers, the Radeon HD 7950 is starting to come down in price, mostly in the form of rebates. As vendors get realistic about the Tahiti-based board's competitive position, it should become more affordable for a greater number of gamers, effectively taking over the higher middle-class role in AMD's line-up from the Radeon HD 6950.

Today, we're taking a look at the Radeon HD 7950 in its new role. By now, the card is available in a variety of versions, and we have six boards engineered for different strengths. Some overclock well, while others are designed to operate as quietly as possible. We're also including video to demonstrate the acoustic characteristics of each card, believing that graphs sometimes fall short when it comes to conveying this very important aspect of a card's performance. If you are in the market for a graphics card in this segment, you'll know what to buy once AMD's boards reach a price with which you're comfortable.

We have a quintet of custom Radeon HD 7950 cards from AMD partners, in addition to a reference card from HIS. Naturally, you pay the least for the reference version, making it an ideal choice for fans of water cooling, who'll rip off that heat sink anyway.

Here are the specs for the six graphics cards. The prices don't include rebates, though many of these vendors are pulling prices down substantially by offering money back.

Aside from HIS' submission, all of these cards are overclocked by default. Unfortunately, the HIS HD 7950 IceQ Turbo (running at 900 MHz) isn't available in North America, though there's an 800 MHz model with the same cooler.