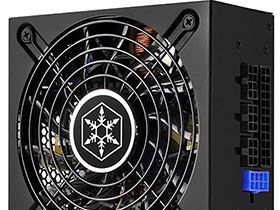 The hold-up time is very long—one of the best we have ever measured.

The inrush current is higher than that of other similar-capacity units, but it is still low enough that it won’t cause problems.

The first set of tests revealed the stability of the voltage rails and the PSU's efficiency. The applied load equals approximately 10 to 110 percent of the maximum load the supply can handle, in increments of 10 percentage points.

We conducted two additional tests. During the first, we stressed the two minor rails (5V and 3.3V) with high loads while the load at +12V was only 0.10A. This test revealed whether the PSU was Haswell-ready. In the second test, we determined the maximum load the +12V rail could handle while the load on the minor rails was minimal.

Load regulation was pretty tight on the +12V and 5V rails, though at 3.3V it exceeded three percent. Nonetheless, what really matters is the +12V rail's performance, which feeds most of a modern system's components. In this case, that rail performed well. Our efficiency measurements show that the unit easily cleared the 80 PLUS Gold requirements with 20 percent and 100 percent load, and missed 90 percent efficiency by a very small margin with a typical (50 percent) load. Therefore, we will give it a pass, since we measure at much higher temperatures than the 80 PLUS organization.

The 120mm fan proved to be silent enough, even under highly stressful conditions like the ones we applied during our high-load tests. When the fan was at full speed, its noise output didn’t go above 45 dB. In addition, the fan handled the heat load efficiently, allowing the PSU to operate without any problems as the hot box exceeded 45 degrees C (113 degrees F).

Prev Page A Look Inside And Component Analysis Next Page Efficiency, Temperatures And Noise
9 Comments Comment from the forums
Be In the Know