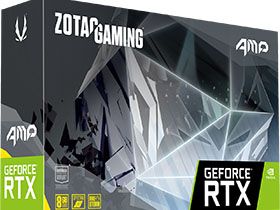 Zotac bundles the Gaming GeForce RTX 2080 AMP with its own utility for overclocking, fan control, and lighting. We received an early build of this software, called Firestorm, prior to the Turing family launch. However, for today’s review, we’re using the latest build downloaded from Zotac’s website.

Despite the newer status of version v.3.0.0.001E, Firestorm still has some optimization that needs to be performed. Zotac successfully integrated Nvidia’s Scanner API/DLL package, exposing it through the OC Scanner button, and the process does operate. However, it yielded anywhere between a 4 to 30 MHz overclock from our sample, depending on the run. In contrast, EVGA’s Precision X1 tool pushed the GPU clock rate between 49 and 52 MHz higher.

Beyond what the Scanner tool was able to achieve, we toyed with GDDR6 and GPU offsets to keep TU104 at 2.05 GHz without a problem through several runs of Metro: Last Light. Here's the thing, though: Nvidia specifically says the Scanner’s algorithm is designed to use a taxing math-based workload. Just because we got extra headroom out of Zotac’s card in Metro doesn’t mean this overclock would be stable across other games or compute tasks. For everyday use, consider sticking with the VF Curve Tuner’s recommendations.