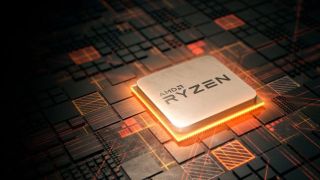 Even though it may feel like just yesterday that the Zen 2-powered chips in the Ryzen 3000-series processors came out, we're already catching plenty of wind that Zen 3 is well on its way, which shouldn't be all too surprising given that AMD does its best to maintain annual updates to its CPU lineup. Today, we caught a whiff of Zen 3 microcode being added to the Linux kernel, as spotted by hardware leaker Komachi.

The spotting details the addition of EDAC (Error Detection and Correction) family ops code to the Linux kernel for the Family 19h systems, which is the family of AMD CPUs based on the Zen 3 microarchitecture. Naturally, the existing family 17h (Zen2) chips can still be used, and we must note that this is not about the Ryzen 4000 'Renoir' APUs that were announced at CES, as those are still based on the Zen2 microarchitecture.

This isn't the only information we've caught wind of when it comes to Zen 3, though. Back in October, AMD accidentally unveiled a series of slides in a YouTube video about the Milan family of processors that are based on the Zen 3 architecture, which was promptly taken offline.

AMD's Lisa Su also revealed in a recent interview in its own "The Bring Up" series that "There might be a few people wondering about Zen 3 as well, and I can tell you that Zen 3 is doing really well, we're excited about it, and I look forward to talking more about that later in 2020."